?Calcio Mercato claim Conte is ‘much sought after’ by ?Inter and ‘initial contact between the parties has been made.’ The story goes on to declare the former ?Juventus head coach ‘cannot wait to return to Italy’, with Inter being his likely destination.

Spalletti’s future has been thrown into doubt this season after his side were dumped out of the Champions League, failing to make it through a tough group that contained ?Barcelona, ?Tottenham and PSV. In ?Serie A, Inter are well adrift of the leaders Juventus, as many as 19 points off the pace which has ramped up the pressure on the Italian.

His rumoured replacement, Conte, has been out of management since July when he was sacked by ?Chelsea just weeks after securing the club an eighth FA Cup triumph. In a rather unceremonious end to his tenure, he was made to return for pre-season, only to be handed his P45 days later. 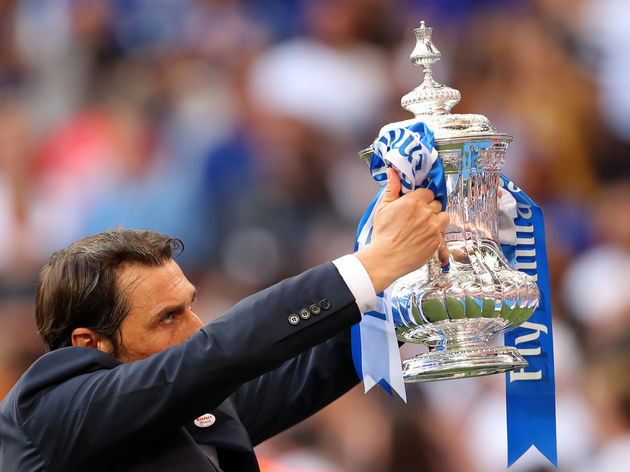 The Italian – who was linked with the ?Real Madrid job in the summer following Zinedine Zidane’s resignation – enjoyed a successful spell in London, capturing the ?Premier League title by a seven-point margin during his first season in the English top flight.

However, his second season was marred by reports of player revolts and a bust-up with ?Diego Costa which ultimately led to his departure. Despite a torrid few months in west-London, Conte’s record cannot be questioned, particularly in Serie A when he secured three consecutive Scudetto’s with Juventus.

If reports come to fruition and he does join Inter, they will be, without doubt, installing one of the most decorated managers in modern history.