?Inter have made what has been described as ‘direct contact’ with the agent of Tottenham Hotspur midfielder Christian Eriksen, who is expected to leave the north London club by the end of the season at the latest when his contract expires.

Eriksen has now entered the final six months of his contract and is permitted to formally negotiate a pre-contract agreement with non-English clubs with a view to a summer transfer as a free agent. Alternatively, Spurs could accept a fee this month to ensure they earn some money. 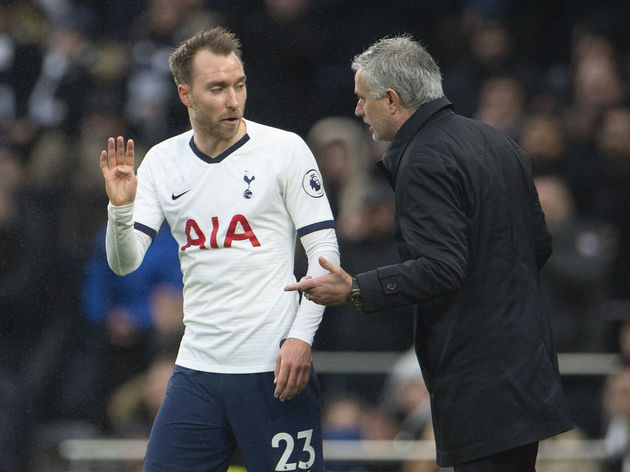 Eriksen has been heavily linked with a number of clubs since last summer as it became increasingly clear that he would not sign a new contract with Tottenham.

That has included the likes of Real Madrid, Manchester United, Juventus, Bayern Munich and Paris Saint-Germain, as well as Inter.

The latest from the Nerazzurri’s perspective, according to CalcioMercato, is that 27-year-old Eriksen is seen as ‘perfect’ for the project that has been taking shape under the watchful eye of coach Antonio Conte since his appointment at the end of May.

It is said that contact between the club and Eriksen’s agent has been ongoing. And while it is made clear that there is a ‘long way to go’ owing to likely high wages demands brought about by the level of high competition for his signature, Inter’s owners will ‘try until the end’ to do a deal. 90min told you in December that Eriksen is prepared to bide his time and keep his options open in January in the expectation that he will have pre-contract offers to consider from almost every big club in Europe, with Manchester United also ready to pounce should the Dane give an indication that he has any interest in making the switch to Old Trafford.

CalcioMercato claims that Tottenham could sell Eriksen in January for as little as €20m in order to avoid losing him for nothing. That is even less than the £40m (€47m) previously rumoured and is a detail that is also repeated by noted Italian journalist Gianluca Di Marzio.

It may ultimately be that Inter, or indeed any other keen suitor, has a better chance of landing Eriksen ahead of he competition if they are prepared to pay in the January transfer window what is a relatively nominal fee for a player of his age, quality and reputation.