Inter midfielder Radja Nainggolan is set to complete his surprise loan move to Cagliari, after being deemed surplus to requirements by Antonio Conte.

The Belgian joined Inter just 12 months ago from Roma in a deal worth around £34.2m, which included young starlet Nicolo Zaniolo, and has since struggled to make the anticipated impact in Milan. 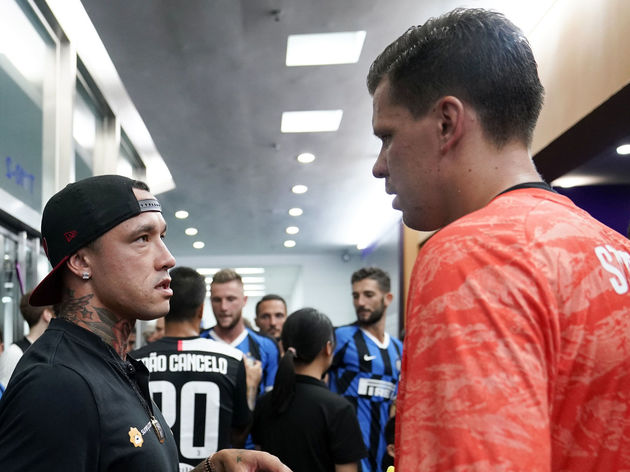 And, with Conte duly excluding him from his plans for the upcoming 2019/20 campaign, he has

unsurprisingly been made available by the Nerazzurri this summer.

What is perhaps surprising is the team which he is now set to rejoin, with Cagliari finishing 15th in Serie A last season. However, as reported by Belgian football journalist Kristof Terreur, there is a deeply personal reason for this decision.

On Twitter, Terreur explained: “Inter midfielder Radja Nainggolan will return to his old club Cagliari on loan today. A surprising move for many, but his wife Claudia is from Sardinia and is currently battling with cancer.”

In a subsequent tweet, he later added: “Radja Nainggolan lost his mum to cancer in 2010. She was his everything (dad left the family) and he has dedicated some of his tattoos to her.”

Inter midfielder Radja Nainggolan will return to his old club Cagliari on loan today. A surprising move for many, but his wife Claudia is from Sardinia and is currently battling with cancer. pic.twitter.com/BZJas6F2YO

Of course, Nainggolan also spent four years at the club between 2010 and 2014, making 137 appearances across competitions. The loan switch is expected to be announced on Friday, with club president Tommaso Giulini confirming as much when he spoke to the press, as quoted by Goal, on Thursday.

Giulini declared: “We’ll update on Friday, but for Nainggolan to return would be the most beautiful thing in the world.”

He later admitted: “Was he with me at the ?Inter headquarters? Yes.”