?Mauro Icardi’s representatives have opened talks with ?Inter to discuss a new contract for the Argentine striker at the San Siro.

Icardi’s 29 goals for the Nerazzurri last season saw them return to the Champions League for the first time since the 2011/12 campaign, and it meant that he was tied with Ciro Immobile at the top of the Serie A scoring charts.

It was reported earlier this month that Chelsea, Juventus and Real Madrid had been linked with a move for Icardi, and Madrid’s sale of Cristiano Ronaldo made them the most likely destination for the 25-year-old.

?Calcio Mercato reports that Inter are attempting to nip any possible bid in the bud by offering Icardi a new contract which will increase his salary but, more crucially, renew his release clause. 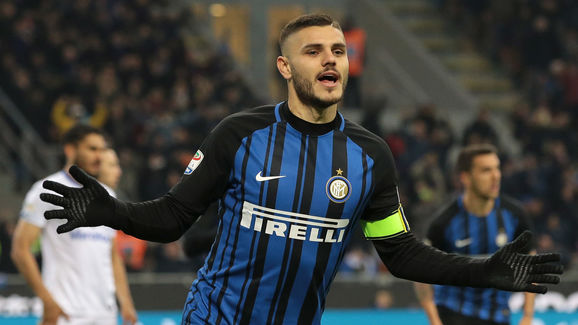 He will be rewarded for the most prolific season of his career to date with a wage increase to between €5m and €6m a year, and the new deal will extend Icardi’s stay at the San Siro until 2023. Icardi made his international debut in 2013, shortly after joining Inter, but his second cap did not come until four years later.