?Inter have placed an €80m price tag on Mauro Icardi amid growing speculation of a move away from the Nerazzurri this summer, according to reports from Spain.

The Argentina international has suffered a dramatic fallout with the Serie A side over his contract renewal and was stripped of the Inter captaincy earlier this year. Having not played for the club for over a month, many predict that the striker will be on his way out of Milan this summer, with many of European football’s biggest clubs, including ?Real Madrid, Manchester United and Juventus all linked with a move.

According to Spanish publication ?AS, Madrid representatives have made the first move for Icardi, and were told by ?Inter that the Argentine would cost in excess of €80m.

With Real facing competition from several rivals for the 26-year-old’s signature, the report adds that the potential figure to sign ?Icardi may rise ahead of an expected transfer battle.

* Fee could rise when another team bid for him. Juve & Napoli also interested. pic.twitter.com/yCMFuKSiz4

AS claim that a delegation from Los Blancos was scheduled to meet the player’s representatives last week, but the announcement of Zinedine Zidane as manager meant that the club decided to postpone their trip to Milan.

Whilst Icardi remains Real’s ‘main target’ for a striker this summer, Tottenham’s Harry Kane is also understood to be on the ‘wanted list’, but a move for the England international seems highly unlikely due to a reported €350m asking price. 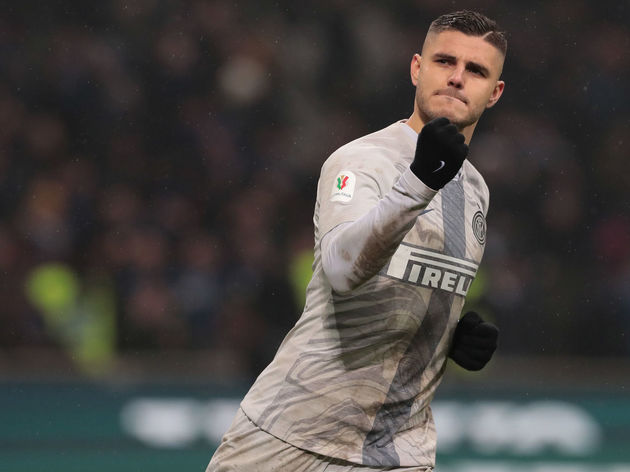 Before his acrimonious sidelining from the first-team, Icardi had enjoyed another fine goal-scoring season for the Serie A giants, with 15 goals in 28 appearances.