?Mauro Icardi could be in line to become the highest-paid player in Serie A as Inter look to hand their star man a new contract.

I Nerazzurri’s star striker has drawn interest from the likes of Real Madrid due to his superb goalscoring form this term, and Inter wish to see off any would-be suitors by tying down Icardi to a fresh deal.

According to ?CalcioMercato, the Argentina international could be in talks over a new contract that could see his yearly wage rise by 25% from €6m to €8m in a bid to keep him out of their clutches. 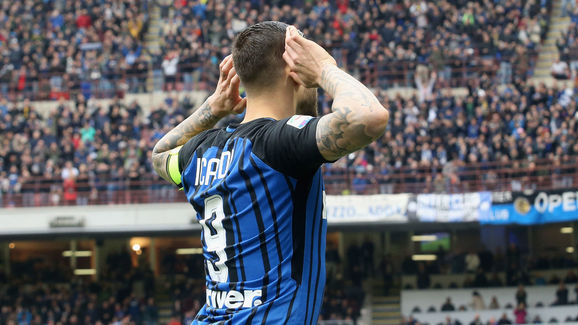 The new deal may also included a buyout clause, with reports suggesting Icardi could command a bid of around €110m if anyone wished to poach him away from San Siro.

More concrete talks are expected to take place once the current campaign draws to a close and, with Icardi looking unlikely to be part of his national side’s squad for the World Cup, there shouldn’t be any issues negotiating terms with him and his agent.

Real could face competition from Paris Saint-Germain for the 25-year-old when the summer window opens, and both clubs will know that their deep pockets may entice Icardi to leave Italy’s top flight and chance his hand elsewhere.

25 goals for Mauro Icardi. Imagine not bringing him to the World Cup

(You may also be interested in ?Inter Director Says Nerazzurri Will Fight for Champions League Spot Ahead of Crucial Juventus Tie)

Inter, though, will look to halt that sort of incident from occurring and will want to tie down their top goalscorer for the foreseeable future.

For his part, Icardi told Ole newspaper (via Football Italia) that he ‘doesn’t know what the future holds’ but stated that Inter would always be his first love. 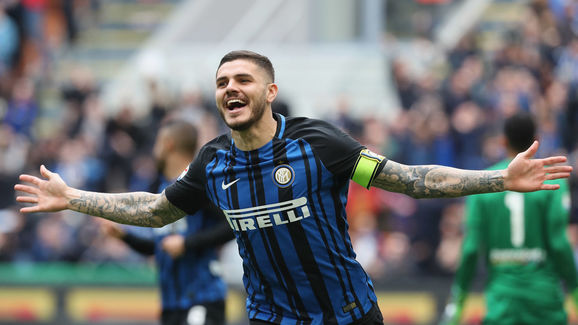 He said: “It’s always nice to be appreciated and I think it’s a consequence of my growth. This is why personal achievements are achieved and other big clubs appreciate you. Why I stayed? Inter have always been my team.

“I’m happy to write myself into the history of a club like Inter. It’s a source of pride for me and I could never have imagined it. It’s not easy to get these numbers in Italy, so I thank all my teammates who made it possible.”

Icardi has plundered 26 goals in just 30 Serie A games for Inter this term, and chief executive Piero Ausilio knows that the vultures are circling around and will want to extend Icardi’s stay.

When asked recently by ?CalcioMercato about the possibility of giving Icardi an improve deal, Ausilio merely stated: “We’ll see. Let’s talk about it.”