?Inter are poised to make a January offer for Sandro Tonali that Brescia will find difficult to turn down.

The 19-year-old has been in fantastic form this season, starting each of his side’s 17 Serie A fixtures. In November it was revealed that Manchester City had ?sent scouts to watch the midfielder and were ready to do battle with ?Manchester United to secure his signature.

Juventus, Real Madrid, Napoli and Paris Saint-Germain have also all been linked with a move for the starlet over the past few months but it now appears that Inter are poised to make the first move by submitting a lucrative offer for the player.

According to a report in Brescia Oggi (via ?Sempreinter), I Nerazzurri chief executive Giuseppe Marotta is planning a bid that Brescia president Massimo Cellino will find difficult to turn down – though no exact figure has been revealed. It is also understood that any deal would involve Tonali being loaned back to his boyhood club for the remainder of the season. 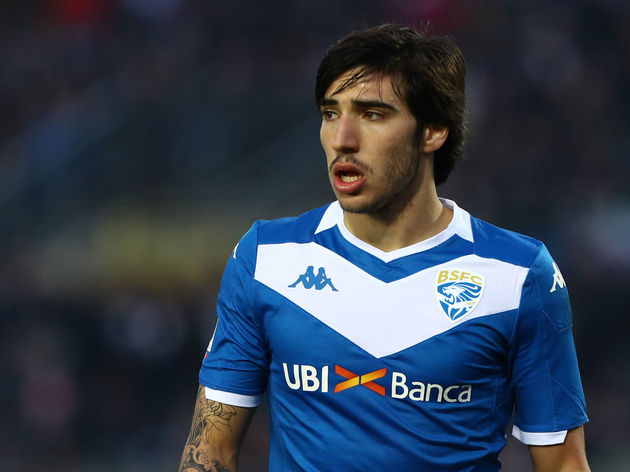 “In my view, he’d be better off remaining as a protagonist with Brescia,” Cellino said. “The other day, his agent and his parents were telling me about this €50m evaluation. I replied that for me he is worth €300m, which means I don’t want to sell,” the former Leeds chairman told Football Italia