The Argentinian scored 29 goals last campaign, helping Inter squeeze into the Champions League after a famous 3-2 victory against Lazio. As a result, some of Europe’s biggest teams are reportedly interested in signing the Inter captain, prompting the Nerazzurri, as reported by CalcioMercato, to offer him fresh terms. Chelsea, ?Juventus and ?Real Madrid are two teams believed to be interested in signing the prolific hitman, though it’s believed the Italian giants have absolutely no intention to sell.

Inter are reportedly set to meet with Icardi and his entourage on July 9 to discuss his future, with his current contract expiring in the summer of 2021. His current deal also includes a release clause of €110m.

Despite finishing as the top scorer in Serie A last season, Icardi was overlooked by Jorge Sampaoli, missing out on Argentina’s 23-man squad for the World Cup – with Sampaoli preferring Paulo Dybala and Gonzalo Higuain.

Wanda Nara – the wife and agent of Icardi has tabled a demand of around €8m per year, which is some way off what Inter are willing to offer the 25-year-old. The Nerazzurri are said to be willing to offer €6.5m plus add-ons to their prized asset in order to keep him at the club. 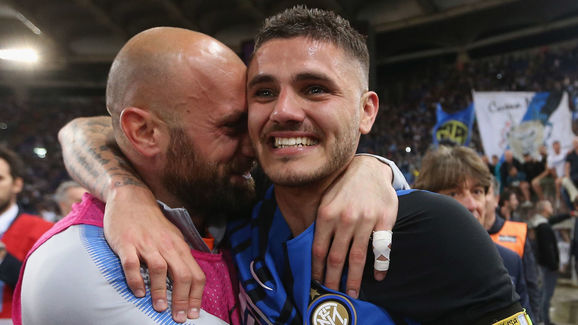 Inter are keen to agree a new deal for the striker as soon as possible with the potential deal extending his stay with the club to 2023. A higher release clause will also be implemented to prevent interested clubs from pursuing the striker.