Inter have provided a fitness update on the status of midfielder Stefano Sensi, after he was forced to leave the field in the club’s Derby d’Italia clash with Juventus at San Siro.

Sensi, who has enjoyed an excellent start to his loan spell at the club, sustained a knock after an awkward landing in the 30th minute, and was hauled off just four minutes later.

And now, as revealed by the Nerazzurri themselves in a statement on their official website, it is understood that the Italian has suffered a thigh strain.

“The results showed an elongation of the adductors in his right thigh. The condition of the Nerazzurri midfielder will be reassessed in the coming days.”

Though no time-scale has been offered in regard to his recovery, it is understood that Sensi has been ruled out of international duty with Italy and will remain in Milan over the international break.

With three goals and four assists from his first seven Serie A games with the Nerazzurri, Antonio Conte was under no illusions as to how important his loss could be.

Speaking after the 2-1 loss to Maurizio Sarri’s side, as quoted by Sempreinter, Conte admitted:

“We paid for Sensi’s injury the moment he left the pitch because we lost the line; then we didn’t start the second half well even though the match was even, and we could have scored like them. 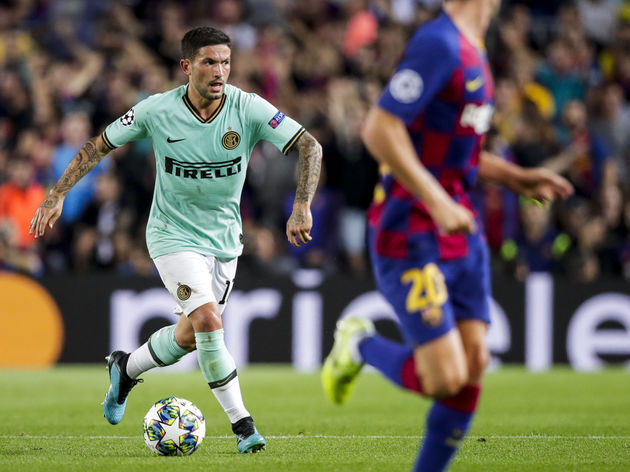 “They scored, they showed all their heavy artillery and experience in managing the match. I have nothing to say to the guys, who really gave everything. But we, unlike them, have a long way to go in terms of management and experience.”

After losing their 100% record over the weekend, ?Inter will not have a chance to right the ship until October 20th, when they visit – surprise, surprise – Sensi’s parent club Sassuolo.