?Inter have had a busy summer as they look to close the gap to the top of the Serie A table and mount a push for the title.

I Nerazzurri finished fourth in the league in the 2018/19 season – a hefty 21 points behind runaway winners Juventus. As a result, the club have brought in Antonio Conte as manager, while also investing heavily in the transfer market.

Juve have strengthened with the signings of Matthijs de Ligt and Adrien Rabiot among others, meaning it was essential for the club to bring in some world-class reinforcements as they look to dethrone Maurizio Sarri’s men.

The European transfer window has now shut, meaning we can rate each signing the Italian giants have made this summer.

Diego Godin – Godin has added to ?Inter’s already stellar list of centre-backs. The Uruguayan will bring bags of experience, along with composure and a certain know-how. He’s a proven leader and will be keen to help his new team claim the league title.

At 33, he may not play every match, but there is certainly a big role awaiting him this season under Conte. 8/10

Lucien Agoume – Who? Well, Agoume is a promising 17-year-old French midfielder who joined from

Nicolo Barella – Barella has been regarded as one of the most exciting young talents in Italy, helping him seal a move to Inter in the summer. His ability to spot a pass and the creative intelligence of the player suggests he has a very bright future.

However, he is already learning that opportunities will be hard to come by at San Siro, playing a total of 45 minutes across the first two matchweeks with a number of top players vying for the position. Barella will need to work hard to prove to Conte that he’s the man to help Inter push on. 6/10

Valentino Lazaro – The former Hertha Berlin full-back is a tricky customer to defend against, with his speed and agility allowing him to constantly get up and down the pitch.

Lazaro is extremely highly rated in both Germany and Austria, with many touting him to eventually claim the right wing-back slot. He’s perhaps one of the more lesser known signings, but he could be very effective. 7/10

Stefano Sensi – The Italian wasn’t exactly the high-profile name fans were crying out for during the summer, but Sensi is already looking to be an extremely shrewd acquisition. He has joined on an initial loan deal from Matteo Politano – Politano was part of the Inter squad last year, but has now sealed a permanent move to the club. He’s direct and will be useful to Conte this season, having already featured twice in Serie A.

His five goals and six assists last term isn’t spectacular, but it is useful as a valuable squad member. 6/10

Alexis Sanchez – Sanchez’s time at ?Manchester United has been nothing short of a disaster and he clearly needed a change of scenery. The Chilean proved at the Copa America that he still has plenty to offer, and he will hope he can excel with the Italian giants.

The loan deal that Inter have struck with the Red Devils indicates that the Serie A side have nothing to lose in this deal. With I Nerazzurri only ?paying roughly €4m 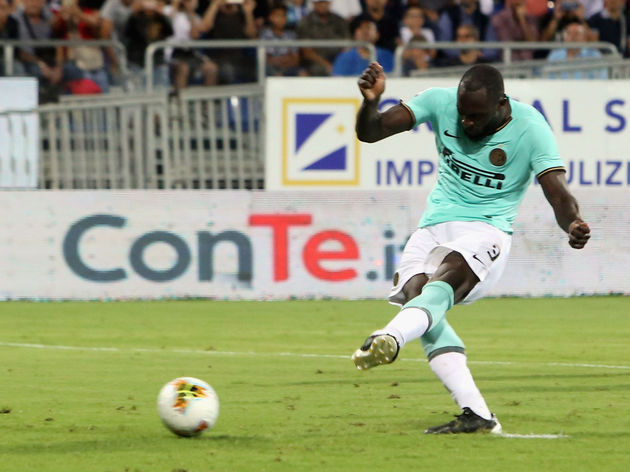 Romelu Lukaku – The Romelu Lukaku transfer was one of the more lengthy sagas in the summer, with the powerful Belgian ?eventually joining in August in an estimated £74m deal.

Lukaku was criticised for his lack of movement and poor work ethic at Manchester United, but there’s no denying that he’s a proven goalscorer. He is

The captures of Romelu Lukaku and Diego Godin will have pleased Inter fans, who were keen to see some world-class players being brought in.

As well as this, the deal for Sanchez greatly benefits the Italian side. They’ve paid barely anything for a player with a point to prove. This isn’t to rule out the definite concerns over his form and attitude, but it’s a low-risk deal with, potentially, very high reward. Elsewhere, Conte was clearly keen to add strength across all areas of the field, with numerous players set to battle it out for one position. Sensi has already adjusted to life and settled into the first eleven, while others are still finding their feet.

There has been a mix of experience, youth, skill and pace that has been brought in – and they will certainly improve the team. However, only time will tell if they are truly capable of sustaining a push for the title this season.