Internazionaleare willing to sell both Ivan Perisic and Antonio Candreva this summer in order to enable themselves to pursue Fiorentina winger Federico Chiesa.

The 20-year-old Italy international, who can also be deployed as a forward or attacking midfielder, has been attracting a lot of attention and is one of the highest-rated young players in the country. 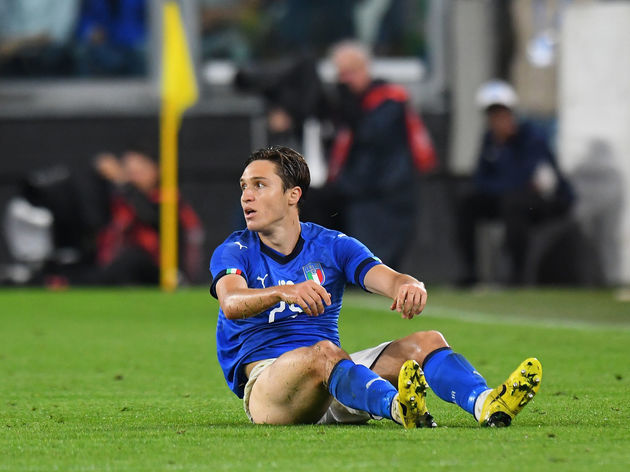 Chiesa joined the Viola 11 years ago after leaving his first club, U.S Settiganese. He made his debut for the senior side on the first day of the 2016/17 season in a loss to Juventus and has since gone on to establish himself as an important cog in their set-up.

The Italian made 36 Serie A outings for Fiorentina last season, registering eight goals and five assists, and they’re understandably reluctant to let him go.

According to Italian news source La Repubblica (H/T Football Italia), the Florence-based side are seeking a sum between €70-80m for the player, and Inter are now considering selling both Perisic and Candreva to fund a move for the attacker.

If true, this could hand Manchester United a huge boost. The Old Trafford occupants have failed in their pursuit of Gareth Bale, who is set to become Real Madrid’s main man in the wake of Cristiano Ronaldo’s departure, but they have been pursuing Perisic from last summer and could finally land him.

The Croatian midfielder was one of the stars at this year’s World Cup and was instrumental in his nation’s run to the final with three goals and one assist.

He also recorded 11 strikes and nine assists for the Nerazzurri last season and could cause quite the scramble in the market if he is made available this summer.