?Interstar Mauro Icardi is set to hold talks over a new deal at San Siro following the expiration of his buy-out clause.

The Argentine striker has been linked with a move to the biggest clubs in Europe over the past few weeks following his impressive 2017/18 Serie A campaign in which he finished top scorer alongside Ciro Immobile with 29 goals.

As reported by ?Calcio Mercato, the release clause in Icardi’s contract was believed to be in the region of £110m for foreign clubs, but it has now expired.

If clubs want to sign Icardi they will have to match Inter’s demands, with the Argentina international currently feeling settled at the Serie A club despite interest from potential suitors. 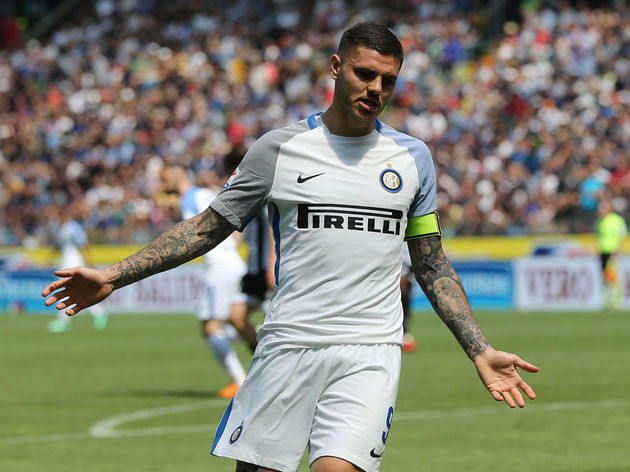 Wanda Nara, Icardi’s partner, will meet with Inter officials to discuss a new contract, and it is believed the 25-year-old wants a deal worth more than the €5.5m a season he currently earns.

Contract talks between the player and the club are expected to take place in the coming days as Inter look to once again boost the buy-out clause in the contract of their star man, which is expected to be in the region of £160m.

Still only 25 years old, Icardi still has the best years ahead of him and if he can reproduce the same type of form that earned him top goalscorer in Serie A last season then he could well be on the move come next summer.