Inter intend to appeal the decision to give Luciano Spalletti a one-match ban for his erratic celebrating on Saturday.

The manager was ordered to head to the stands after wildly celebrating his side’s 94th-minute winner against Sampdoria. And an official note stated that he had “showed a controversial attitude toward the fourth official.”

Replays, however, showed that his celebrations were actually aimed at the cameraman.

The Intermanager has since been handed a one-match ban, which the club have confirmed they will appeal against. Refereeing designator

“Undoubtedly we don’t always read situations in the best way,” Rizzoli said after the match.

“We need to understand what happened, but there can be no red card for just a celebration. We have to see how the game unfolded. The referee was a bit harsh.” 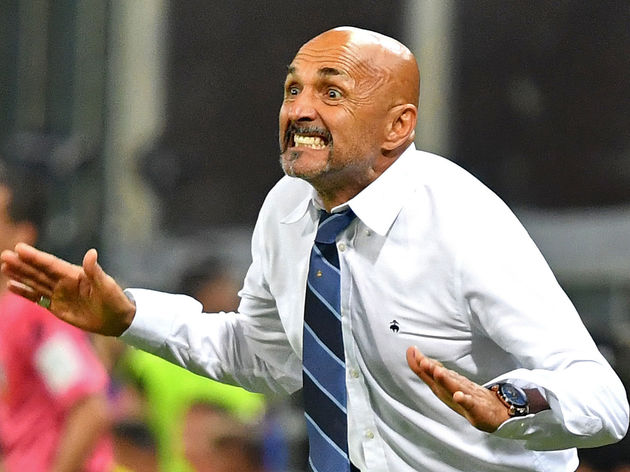 Spalletti had already found himself in hot water this season, having received a warning after insulting referee Maurizio Mariani during Inter’s 1-0 loss to Sassuolo last month.

Should the appeal fail Spalletti will be absent from the dugout for Inter’s clash with Fiorentina at San Siro on Tuesday.