Everton could face some stiff competition in the form of Inter, as they attempt to make Andre Gomes’ loan from Barcelona permanent in the weeks to come.

The 25-year-old has hit the ground under Marco Silva since joining on loan in the summer, and having made 25 appearances in all competitions, it’s generally expected that the Toffees will move to keep him beyond the end of his current spell in the summer.

A bid somewhere between £20-25m has been touted in some quarters, and although he has openly admitted that he is happy and settled at Merseyside, it now appears as if securing his signing may not be as straightforward as once thought.

Although ?Barca aren’t likely to put up much resistance in recouping most of the £33m they spent to sign him from Valencia in 2016, ?Sport report that ?Inter have now emerged as a rival to Everton in prying him away permanently. The claim is that the Italian giants are equally keen to land his signature, but have to wait until their final league position is confirmed before making a bid for financial reasons. Should they qualify for the Champions League – which they look set to do as they sit six points ahead of fifth-placed Roma – then they are likely to table an offer.

It’s for that reason that ?Everton are keen to tie up a move now rather than wait until the end of the season, but if negotiations drag on then it seems increasingly possible that the ?Nerrazurri could crash the party at the death. 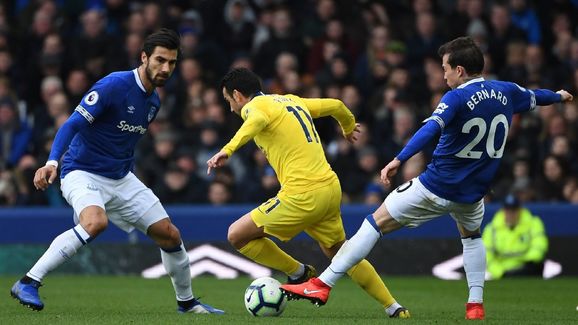 Despite this, however, the report adds that officials from Merseyside remain optimistic over a potential deal, so for now, they remain favourites to bring him in.