?Inter have sent a classy message to Barcelona star Lionel Messi, after the Argentinian suffered a fractured arm which will rule him out of the Champions League clash between the two clubs on Wednesday.

In the 26th minute of Barcelona’s last match against Sevilla, Messi landed awkwardly on the ground and fractured the radial bone in his right arm, which will rule him out of action for around four weeks. As a result, he will likely miss both his side’s matches with Inter, whilst he will also miss Real Madrid’s visit to the Camp Nou on Sunday.

After ?Barcelona broke the news of ?Messi’s injury, ?Inter posted a reply to Barcelona on ?Twitter, expressing their disappointment at not being able to face Messi.

The tweet read: “We are sorry for your injury and not being able to face you in the coming days. It is always an honour to play against the best.”

Wednesday’s match is an incredibly important one, with the two sides tied for first place in Group B. Both sides are currently undefeated in the Champions League, with victories coming at the expense of ?Tottenham Hotspur and PSV Eindhoven.

As a result, the two matches between Inter and Barcelona have the potential to be decisive in the final standings of the group, and Barcelona will have to cope without their star player.

Messi has been in electric form in this season’s Champions League. He has five goals from his opening two matches, and will surely be devastated to be forced into a period on the sidelines. 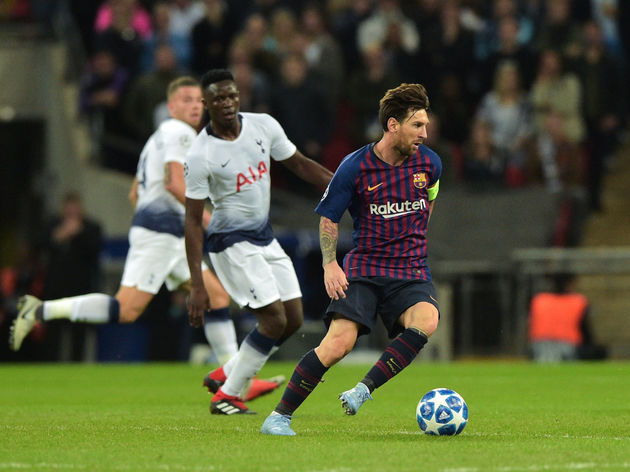 In his absence, Barcelona will rely on the likes of ?Luis Suarez, ?Ousmane Dembele and Philippe Coutinho to step up and guide their team to victory during this crucial month without their captain.