League leaders Inter welcome Atalanta to San Siro on Saturday evening as? the hosts look to maintain their title ambitions in an exciting, but tricky, tie.

Antonio Conte’s Inter are locked in one of the tightest Serie A title races for years as they share an identical record with defending champions Juventus and top the table on goal difference. The Nerazzurri have only lost one league game all season – to Juventus – at the start of October. 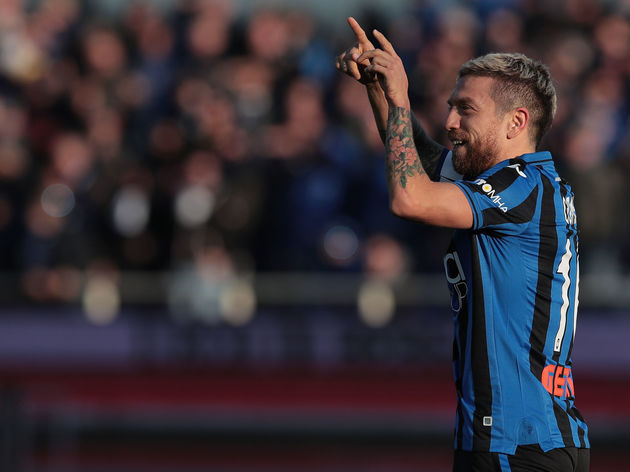 Their opponents, Atalanta, are one of the deadliest teams in, not just Italy, but Europe, and following their advance to the Champions League knockout rounds, are not a side to be underestimated.

?Inter fans will have been overjoyed to see ?Alexis Sánchez and Nicolò Barella return to the squad and take their place on bench for Monday’s meeting with Napoli.

However, Sánchez didn’t make an appearance and Barella probably wishes he hadn’t as the 22-year-old picked up his fifth yellow card of the season, ruling him out of the Atalanta clash.

Yet, the biggest obstacle Conte will have to overcome with is the suspension picked up centre-back Milan Skriniar, hitherto an ever-present for Inter in all competitions. This season, the 24-year-old Slovakian international has transformed from an eager and perhaps rash, talented youngster, into one of the best defenders in ?Serie A and his loss will be a huge blow for the Nerazzurri as they come up against the top scorers in the division.

Stefano Sensi, one of the revelations of the season after contributing to seven goals in his first nine Serie A games for Inter, has made two cameo appearances either side of the winter break, but Saturday may be too soon for a player who has already had the same injury twice this campaign.

Atalanta currently have a clean bill of health going into the match and may even see their star centre forward, Duván Zapata start for the first time since October. The Colombian scored more non-penalty goals than any other Serie A player last season but has been limited to just eight games in the competition this campaign (still scoring six times) after a tear in his abductor muscle.

Zapata came on for the final 18 minutes of Atalanta’s last match against Parma and while a berth in the starting XI is unlikely, Inter may be subjected to forward’s talent from the bench.

These two sides have met in Serie A 118 times with Inter walking away victorious more than half the time with 63 wins to their illustrious name. To make it worse reading for Atalanta fans, their side have earned maximum points at San Siro only nine times out of 59 league visits.

The last time La Dea won a league game away to Inter was in March 2014 when current AC Milan midfielder Giacomo Bonaventura scored a 90th minute winner, a detail which was surely not overlooked when the Italian midfielder was signed by the Rossoneri.

While Inter may be unbeaten in the league for three months and have sat top of the table for the past five weeks, it’s their Champions League travails which may provide some hope for Atalanta.

Conte may try and spin their failure to progress beyond the group stage for a second consecutive season as a positive, giving them more time to focus on the league, but the 2-1 home loss to a Barcelona side who rested ?Lionel Messi, Marc-André ter Stegen and Frenkie de Jong among others could point towards some cracks starting to show. Atalanta, on the other hand, come into the match still riding the wave of their first progression to the knockout rounds of the Champions League in their history.

Not to mention the fact that they also recorded two consecutive 5-0 wins at the turn of the year, inflicting the heaviest defeat that Inter’s rivals, Milan, have suffered since 1998 in the process. In fact, only three teams in Europe’s top five leagues have a better goalscoring record than Atalanta this season.

This match sees Serie A’s best defence, Inter, come up against the league’s most devastating attack in the form of Atalanta. But that’s not to say that Inter are blunt up front.

The Nerazzurri boast two of the league’s most potent forwards, ?Romelu Lukaku and Lautaro Martínez. Also known by the wonderful Lu-La, the pair have plundered a combined 23 goals in their first campaign together so far. This tally is even superior to the contribution of Atalanta’s front two, Josip Ili?i? and Luis Muriel, who, in the absence of a catchy nickname, have netted 19 Serie A goals combined.

While it’s not going to be straightforward, Inter may have the edge over the Bergamo-based side in front of their fans at San Siro.

However, Atalanta have been superb away from home, losing only once on the road in Serie A, and La Dea have even called Inter’s stadium their home for Champions League matches with their ground under renovation.

Yet, fittingly for a club who send every baby born in Bergamo an Atalanta jersey, you’d have to be born yesterday to think that beating this Inter side at San Siro will be easy-going.