Inter will play host to Barcelona at San Siro on Tuesday night in the Champions League, looking to bounce back from their 2-0 loss in the same fixture a fortnight ago.

The Blaugrana won that game thanks to goals from Rafinha and Jordi Alba, though it was the veteran figures of Luis Suarez and Sergio Busquets who ?ran the show. Check out 90min’s preview for the Group B clash between the leaders in La Liga and the second placed team in Serie A below.

There was some confusion on Monday morning when ?Barcelona initially issued a travelling squad that failed to contain ?Lionel Messi, but the 31-year-old was ultimately reinstated into the 22-man party.
However, he is not expected to start having sat out the last four games with an arm injury sustained against Sevilla. Elsewhere, Clement Lenglet continues to deputise for Samuel Umiti, while Thomas Vermaelen is also absent with a hamstring issue.
Meanwhile, ?Inter have welcomed back summer signing Radja Nainggolan in the interim since their last European encounter, with the Belgian registering a goal in the 5-0 dispatching of Genoa on Saturday. The Italians now boast a healthy squad.

These two European powerhouses have met each other on 11 competitive occasions so far in their illustrious existences. As it stands, the Spanish side have come out on top more often than not, with six wins to their name. 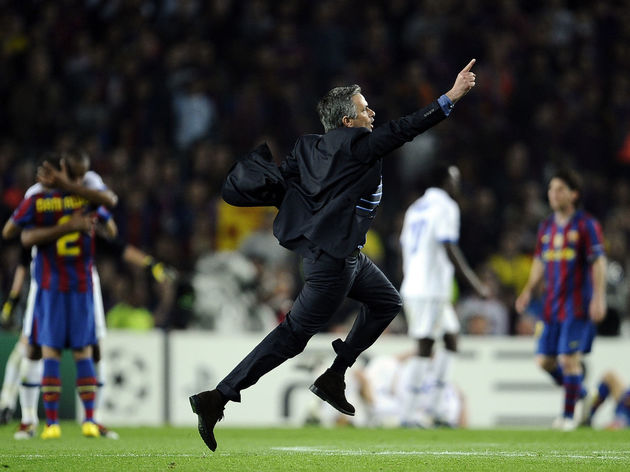 The Italians have won just twice, with three draws. However, in terms of knockout European football, Inter have the upper hand, having knocked Barça out two times to one – including that infamous semi final clash in 2010 involving you know who.

Save for the defeat to the Blaugrana, the Nerazzurri have been in imperious form, winning seven Serie A games on the spin with some scintillating football. They’ve scored 16 times in this period, with ?Mauro Icardi netting six in his last four.

After a dip at the end of September, Barcelona have been equally formidable, wrestling control of both La Liga and Group B. Perhaps most impressive has been the way they’ve coped without talisman Messi, having won all four games since the Argentine’s injury against Sevilla.

With both teams’ purple patches deepening in vibrancy, it promises to be a truly intriguing battle. While much of the attention will no doubt focus on Messi, and whether he will make his return to action, the restoration of Radja Nainggolan could be equally important. Following last round’s loss, much of the Italian press posited that the Belgian is actually more integral to Inter’s fortunes than the Argentinian’s to Barcelona. This hypothesis may be put to test in Milan on Tuesday.

While Lenglet has replaced Umtiti with relative aplomb, Icardi will undoubtedly relish taking on the 23-year-old with the added creative impetus of Nainggolan behind him. Expect goals, thrills and spills – all of which my well end up failing to separate the two sides.