?Inter host Borussia Dortmund in the Champions League on Wednesday, with the game being a must win for Antonio Conte’s side.

After a disappointing opening day draw to Slavia Prague, and a narrow defeat at the Camp Nou, Inter are winless so far, and need a result if they are to have any hope of qualifying for the knockout stages. 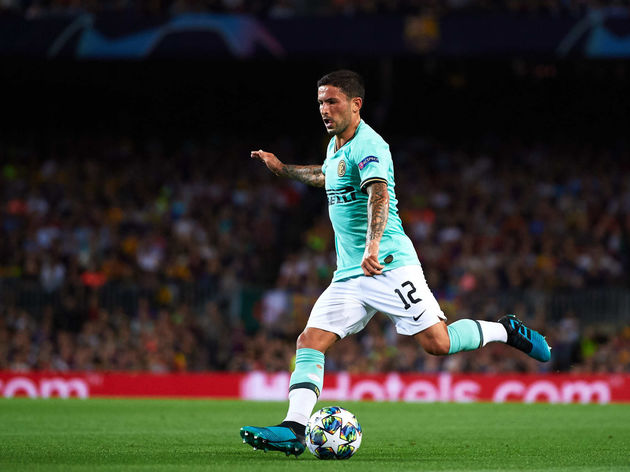 Antonio Conte’s side have been in good form in the league, losing only once so far, but the Nerazzurri have been unable to replicate that form in Europe so far.

?Dortmund on the other hand are top of the group, and are looking to put one foot in the knockout stages with a win at the San Siro. Lucien Favre’s side were unlucky to only draw with Barcelona on MD1, before comfortably sweeping Slavia Prague aside.

In what will be an exciting game, where both teams throw caution to the wind, Opta have provided some stats to make the game that little bit more exciting. Conte will need to keep this record if Inter are to have any hope in qualifying, but Borussia Dortmund and Barcelona aren’t exactly the easiest teams to beat. Previous fixtures between the two have swung the way of the Italian side, with their last meeting being the 1993/94 UEFA Cup quarter-final, in which Inter won 4-3 on aggregate, on their way to lifting the trophy. That season, they finished 13th in Serie A but had newly signed Dennis Bergkamp up front, who scored 18 goals that season.

The last meeting between the two in the European Cup/Champions League was back in April 1964, with Inter beating the Dortmund in the semi-final, on aggregate, before going on to lift the trophy.

With victory here, Conte’s side will face a far better chance of qualification, but another trophy? Maybe not. Jadon Sancho could become the 52nd player to make 10 Champions League appearances? as a teenager if he plays, but he would only be the fourth Englishman to achieve this feat.

Theo Walcott (17), Trent Alexander-Arnold (12) and Jack Wilshere (11) are the only players to make more appearances in the competitions as a teenager, with Sancho having until March to add to his list.

Dortmund have always given youth a chance, and Achraf Hakimi’s goal in their 2-0 win over Slavia Prague, meant that he became the fourth Dortmund player aged under-21 to score for the club in the Champions League since the start of last season. This was more than any other side.

You may not be able to win anything with kids, but you can break quite a few records with them. Borussia Dortmund have won three of their last five away Champions League matches (W3 D0 L2), one more than their previous 10 which came under three different managers.

Jurgen Klopp, Thomas Tuchel and Peter Bosz had a combined total of two wins (W2 D2 L6) in their previous ten games away from Signal Iduna Park in the Champions League.

Lucien Favre will want to make it four from six in Milan, as their next away game is a trip to Barcelona, which isn’t the easiest. ?