?Inter will welcome 15th placed Cagliari to the San Siro on Saturday evening, with Luciano Spalletti looking to guide his side into the top four of the Serie A.

I Nerazzurri are firm favourites for the clash, and after three wins on the bounce in all competitions, including an impressive comeback against Tottenham Hotspur in the Champions League, they’ll fancy their chances to put some pressure on the early Serie A front runners. 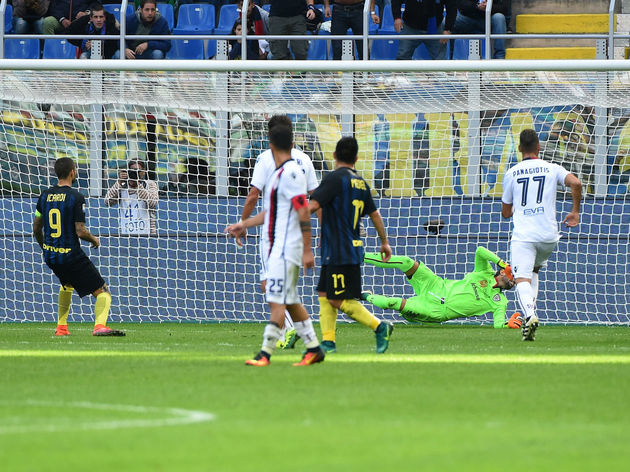 Things got worse when Icardi took to the field though, as he missed a crucial penalty before a Samir Handanovic own goal would give Cagliari a priceless three points.

Inter come into this clash in decent form, but their start to the season has still been far from ideal for a club with European ambitions. Three wins on the bounce in all competitions have helped to raise morale at the San Siro, but the reverses to Sassuolo and Parma see Inter trail Serie A leaders Juventus Cagliari’s form is considerably more worrying, the side have won just once this season in six attempts and have only found the back of the net four times. They appear sound defensively, but may struggle for goals throughout the season.

Centre back Miranda should return for Inter this weekend so the club should be able to field a near full strength side, that will depend on the fitness of summer signing Sime Vrsaljko however, whose return has not yet been confirmed. Cagliari appear to have no fresh injury worries ahead of the clash at the San Siro, and should name a full strength side for the trip to Milan.

Inter should have more than enough quality to deal with the proposition of Cagliari, the quality of Icardi, Ivan Perisic and co. will give the Cagliari back line plenty of problems. Don’t expect a cricket score though, the Sardinian club’s defence is no joke.