?19th placed Hellas Verona face one hell of an uphill battle against Inter this weekend. The San Siro outfit sit fourth in Serie A and have lost only one game in their last 10 outings – and the visiting team will need to pull out the performance of their lives in order to come away with a win.

As for Inter, they’ll be looking to pile on Verona’s relegation woes with a big win to follow up their 5-0 victory over Sampdoria before the international break. While a win won’t move the club up in the table, three points could well take them closer to third placed Roma in their quest for Champions League qualification.

So here we are, domestic football is back. So, without further ado, let’s take a look at everything you need to know heading into this game…

Before everyone disappeared for international duty last week, Inter were on the back of a brilliant 5-0 victory over Sampdoria – during which captain Mauro Icardi notched four goals. Before then, of their last six matches Inter have only lost one; a disappointing 2-0 loss to Genoa. As a result, they find themselves three points adrift of Roma in the league table, and will be looking to have a strong end to the finish in a bid to eclipse them.

For a side slumped in 19th, Verona’s form is rather impressive. Having accumulated half of all points possible over the last six matches, if they continued the same vein of form for the rest of the campaign, they’d pick up another 15 (having only managed 22 points so far), ending on 37 and most likely surviving the drop. However, a tough game against a very strong Inter side beckons, and the Verona squad will be praying for some luck. 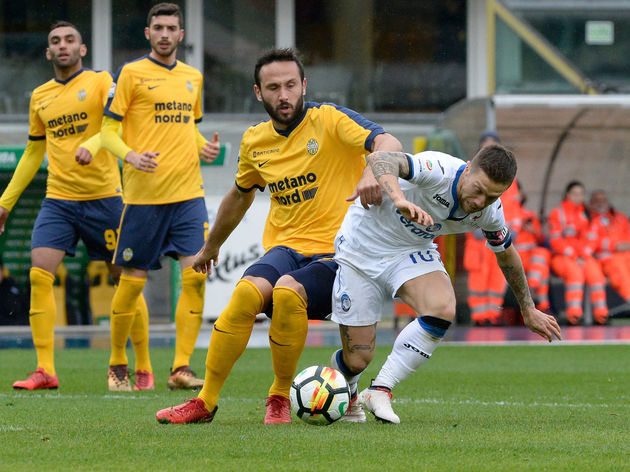 There isn’t a vast history of matches played between these two sides, and Verona have never managed to best Inter. However, two seasons ago they came close to doing so. In a 3-3 final result, it was a 78th minute equaliser from Ivan Perisic who saved Inter’s blushes and rescued them a late point.

Inter took an early lead through Jeison Murillo in the eighth minute, only for Verona to hit back through Filipe Helander only four minutes later. Four minutes after that, bad news for Inter turned even worse when Eros Pisano put his side ahead – with the scoreline refusing to budge for the remainder of the half. 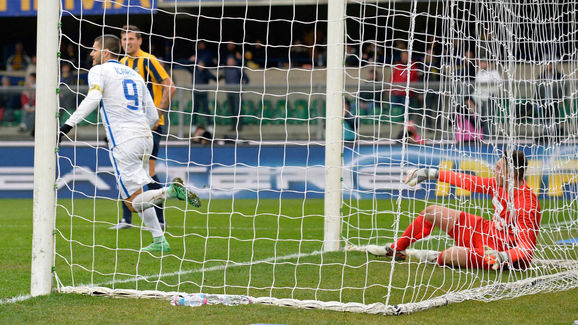 Inter’s night soon became a nightmare. Not even 15 minutes after the second half kicked off, Verona doubled their lead when Artur Ionita’s header beat Samir Handanovic – leaving the Milan side with a mountain to climb.

But climb it, they did. Mauro Icardi sparked the comeback in the 61st minute by pulling one back for his side, and Inter were then forced to wait another 18 before Perisic’s equaliser. However, after a lot of hard work, the point was rescued. Regardless of how disappointed Verona would’ve been to not come away with all three points, they were able to sent Inter home with a strong performance, and could hold their heads high. 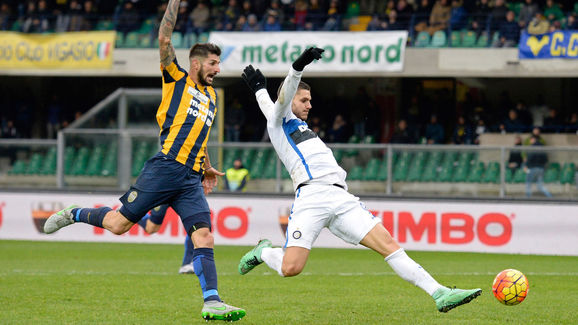 With no suspensions within the squad, Inter’s only absentee comes in the form of Andrea Ranocchia. The Italian picked up a thigh injury before the teams broke up for the international break, but is yet to return to the squad.

Verona have been without central midfielder Mattia Zaccagni since November. The 22-year-old was forced out with knee ligament trouble before Christmas, and a return date is still unconfirmed. 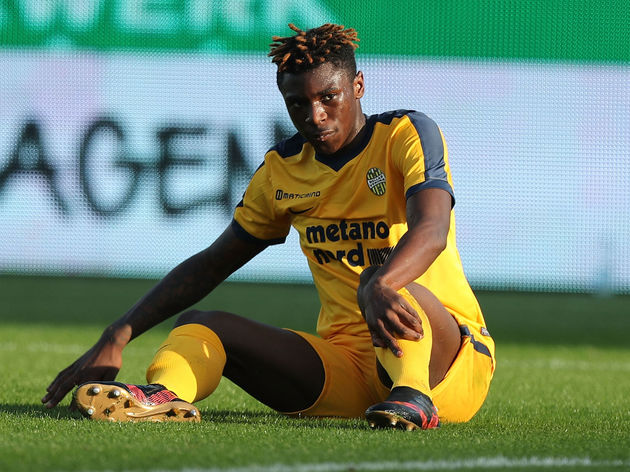