?The San Siro plays host to the biggest game in Europe this weekend as perfect Inter welcome reigning champions Juve for I Derby D’Italia.

This clash is not only huge for the present and future of the Serie A, but equally previous match ups have thrown up some classic viewing.

Here are six of the best to whet your appetite for this Sunday. This was a game for the football purists and was filled with legends who stamped their mark on so many clubs. Roberto Baggio, Andreas Brehme, Jurgen Klinsmann to name a few.

A breathless six-goal thriller which was the highlight of an otherwise disappointing season for Juventus. Baggio opened the scoring I Bianconeri after just two minutes and the goals didn’t stop there.

In front of a packed out stadium, the crowd were entertained for the whole 90 minutes and Juventus secured a famous win over their famous foes. ? Not particularly memorable for footballing reasons but for the outrage in caused in its aftermath within the world of football and politics.

Alessandro Del Piero’s sole goal gave Juve the win but the controversy came when Inter weren’t given a penalty for a foul on Ronaldo. Italian Parliament erupted with Inter fans calling Juventus supporters and players cheats. The parliamentary session was suspended and several politicians were fined for their behaviour. 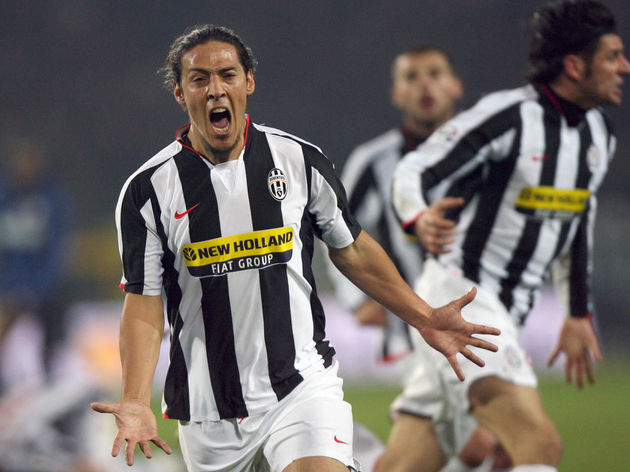 Memorable for being the first Derby d’Italia following the match-fixing scandal and Juventus’ relegation from Serie A.

The game, itself, wasn’t a footballing masterclass but the passion in the fans was second to none from both sets of fans. A Mauro Camoranesi goal lifted the Olimpico after Inter had dominated much of the game.

The Italian game had welcomed back one of its biggest teams after its darkest spell in recent history.?

Another game that isn’t particularly remembered for football but for what was happening off the pitch. However, what happened on the pitch reflected the hostility in the crowd. 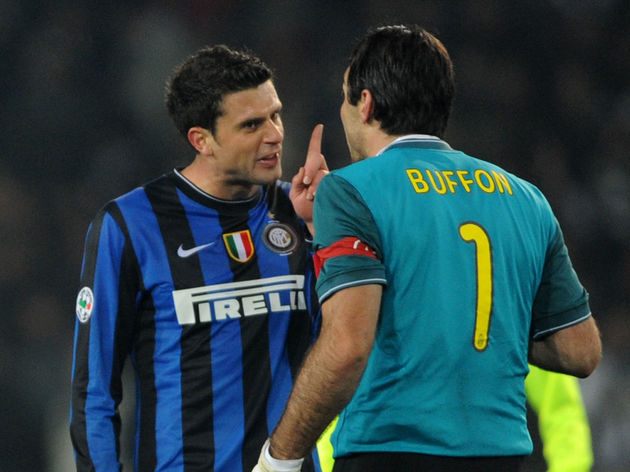 There were fears of racist insults from Juve ultras towards Mario Balotelli before this top of the table clash. Inter’s team bus was pelted with eggs as it entered Turin and emotions spilled over onto the pitch too.

Inter manager José Mourinho was sent to the stands, there was a late red card for Felipe Melo and a clash between Italian teammates Gianluigi Buffon and Thiago Motta. A second half Marchisio goal gave the Old Lady three points to close the gap on Inter.? Inter and Juventus were drawn together in the 2015-2016 Coppa Italia, and the resulting games didn’t disappoint. The Turin club took a seemingly unassailable lead to Milan after a 3-0 win earlier in the year.

However, Inter fought back and won 3-0 on their home patch with a brace from Marcelo Brozovi? and another from Ivan Periši?. This forced penalties to determine who made it through to the final, and Juve eventually prevailed with Leonardo Bonucci scoring the winning penalty as it ended 5-3 on penalties.? A red card, a late winner and five goals. The epitome of I Derby D’Italia happened at the end of the 2017-2018 season as the two famous clubs clashed in front of a packed San Siro.

The game looked as good as over after 15 minutes as Juve took the lead through Douglas Costa and Matias Vecino was sent off. However, two goals after half-time gave Inter a 2-1 lead going into the last five minutes.

But Juventus had other ideas as two late goals through a Škriniar own goal and a Higuaín winner claimed the three points for the white and La Vecchia Signora en route to their seventh league title in a row.?