?It’s first against second in Serie A this weekend as Antonio Conte’s table-topping Inter host defending champs Juventus in the first Juventus might have dominated Calcio on the whole without any real trouble in recent years, but they’ve even asserted their dominance in Italian football’s biggest games.

In recent Derby d’Italia history, Inter have won just one of last 13 Serie A meetings with Juventus, coming under Frank de Boer in 2016.

Juventus have also won more matches against Inter than any other opponent in their history.

Inter Could Be Juve’s Achilles Heel Even though the record books aren’t on Inter’s side, no other side in Italian top-flight history has caused Juventus as many problems on the road.

When the Bianconeri are on the road, they’ve lost more games at Inter (35 out of 86 trips) and conceded more goals (134) than against any other side in Serie A.

It’ll Be a Slow Start to the Match The Derby d’Italia might consist of Italy’s best two teams this season, but neither Juventus nor Inter have been quick out the blocks in their opening six matches.

Both clubs have failed to score in the opening 15 minutes of a Serie A match so far this season.

On top of that, Antonio Conte’s Inter are the only team who still haven’t conceded a goal in the first half of a match during 2019/20.

This Is Antonio Conte’s Fixture 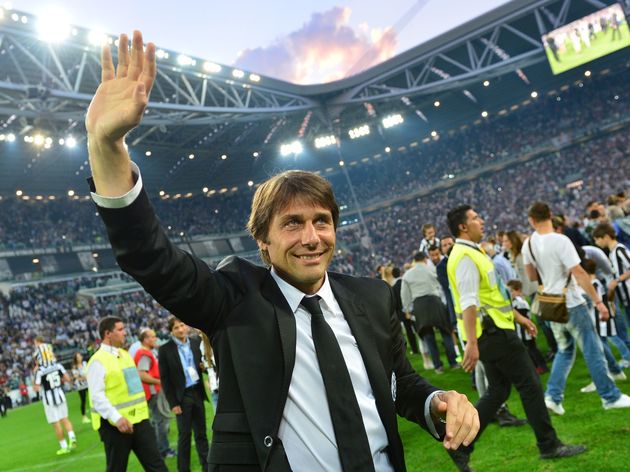 But it’s not the first time that he’s gone unbeaten with a side during his maiden season at the club, having guided the Bianconeri to a league title without losing a single match (W23/D13).

When Conte did finally lose a league match with Juventus it came in a 3-1 defeat to Inter in November 2012.

Cristiano Ronaldo Is Looking to Match Even though Inter could move five points clear of Juventus at the top of the Serie A table on Sunday, history shows that Maurizio Sarri’s side are still favourites to win the league.

With the 2004/05 and 2005/06 season as the only exceptions, Juventus have gone on to win the Serie A title in 16 of the last 18 seasons where they’ve won at least five of their opening six matches.

They’ve only dropped points to Fiorentina so far this season.