?Inter take on Udinese at the San Siro hoping to bounce back from their midweek Champions League draw that saw them exit the competition and drop into the Europa League.

The Nerazzurri are third in Serie A, 12 points adrift of leaders ?Juventus and six points behind second-placed ?Napoli. They will be hoping to get back to winning ways in the league, following a 2-2 draw with Roma and their defeat in the Derby d’Italia to the Bianconeri.

Meanwhile, Udinese hover above the relegation zone in 17th and could drop into the bottom three if they fail to get a point against Inter, and should Bologna earn three points against Milan on Tuesday.

Radja Nainggolan may return to the starting lineup for Luciano Spalletti’s men. He was on the bench in their draw against PSV Eindhoven, having missed the last two league matches nursing a muscular injury, which ?has constantly halted his development for Inter since arriving in the summer. Meanwhile, Dalbert remains out with a leg injury that has seen him miss the last five matches in all competitions.

Inter have won 27 of the 51 encounters previously played, to Udinese’s 14.? ?Il Biscione triumphed 4-0 in the last match, which took place at the Dacia Arena. Andrea Ranocchia, Rafinha, ?Mauro Icardi and Borja Valero all netted on that occasion.

However, Udinese won the last meeting between the two sides contested at the San Siro, a 3-1 victory, which ended the Nerazzurri’s five-match winning run against the

Inter are winless in their last four matches in all competitions but have an almost-unbeaten record at home this season.

Their defeat in the second league match of the season was the only loss they had suffered at the San Siro this campaign. Since the loss, they are undefeated in their last eight matches.? 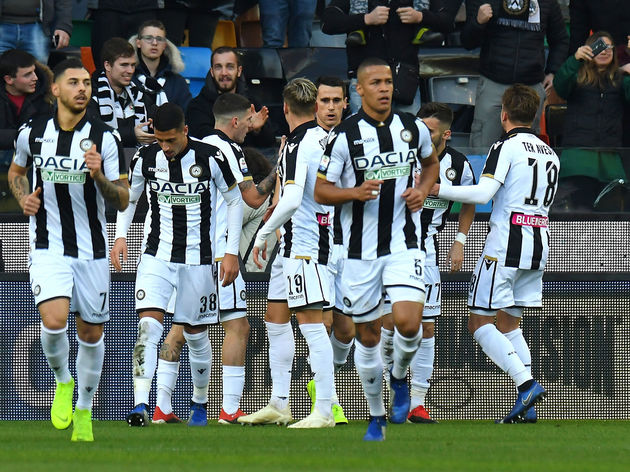 Meanwhile, Udinese are winless in their last two matches in Serie A. They lost last time out at home to Atalanta and were held to a goalless stalemate by Sassuolo away from home.

Inter need to make a statement against? Udinese. They have won just one of their last seven matches in all competitions, and a run of four matches without a victory simply isn’t good enough for a club with such a massive status in Europe and Italy.

Udinese won’t come to the San Siro as lambs for the slaughter. They have scored in each of their last four trips to Inter and considering the Nerazzurri have failed to keep a clean sheet in their last four games in all competitions, it suggests that the