Fiorentina starlet Federico Chiesa is the

The 20-year-old son of Enrico Chiesa – the former Serie A star who was a part of Parma’s 1998-1999 UEFA Cup winning side – has established himself as a top flight regular in the past two seasons. The right-sided winger scored six goals and registered 9 assists in 38 appearances for Fiorentina this term, earning the youngster his first senior caps for Italy.

According to ?La Gazzetta dello Sport, the Viola are reluctant to let Chiesa depart the club this summer and are determined to keep hold of him for at lest one more year, however this is looking increasingly difficult given the amount of interest in their player. 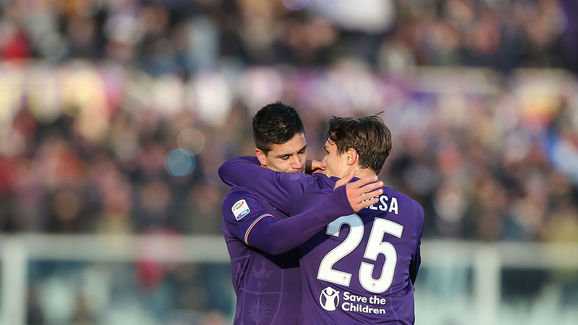 The bidding war has already started, with Napoli registering a bid of £44m – including Marko Rog as an additional incentive – and more rival bids are thought to be imminent.

Inter, Juventus, Liverpool, Manchester United and Manchester City are all considering making a bid of themselves for the talented winger.

The versatile 5ft 7in winger is right-footed and can play on the right or left, he is also able to take up deeper roles and is also comfortable playing at no.10.