?Ivan Perisic has admitted that he would love to play in the Premier League one day

The Nerazzurri will progress to the knockout stages of the Champions League for the first time since 2011/12 if they avoid defeat at Wembley. 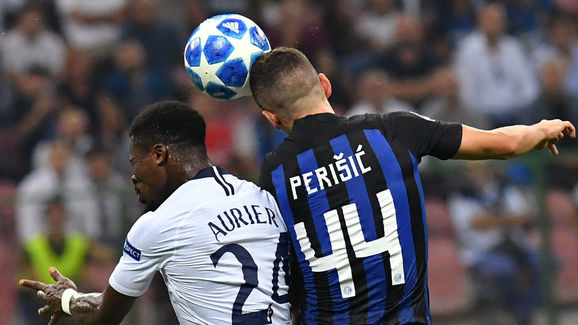 Perisic was heavily linked with a move to ?Manchester United in the summer and he confessed on Tuesday that he would be tempted by offers from the Premier League.

“I have always said that [playing in the Premier League] is my dream,” he told a press conference, quoted by the ?Mirror.

“In football everything is possible, we will see in the future. Now, I’m focusing on ?Inter.”

On Wednesday, Perisic will be playing at Wembley for the second time in a few weeks, having started for Croatia in their Nations League defeat to England earlier this month.

That was his first appearance under the famous arch. He left Borussia Dortmund in January 2013, five months before Dortmund lost to Bayern Munich in the Champions League final at Wembley.

There were some rumours during the summer that Perisic could join ?Liverpool, but his fractious relationship with Jurgen Klopp at Dortmund means that a reunion is unlikely.