?Barcelona star Ivan Rakitic has strongly refuted reports suggesting that he is set for a £43m move to Inter in the summer.

The Croatian has been the subject of constant transfer speculation linking him with a switch to the San Siro at the end of the season, and those rumours have only intensified since Barcelona sealed a £65m move for Ajax sensation Frenkie de Jong.

With the Dutchman set to arrive at Camp Nou at the end of the season, ?Rakitic’s place in ?Barca’s engine room appears to be under threat next season and, as reported by ?Goal, ?Inter are said to be closing in on a £43m deal to take the 31-year-old from Catalonia to Milan.

However, Rakitic has taken to social media to respond to such claims, as he took to Instagram, as quoted by the ?Mirror, to post a screenshot of a story linking him with Inter, and a message which read: “Let’s see if you can stop making things up, I would appreciate it.

“I’m only focused on FC Barcelona, staying here for many years and winning the double. As a side note, my agent is called Arturo Canales.”

Rakitic has been an ever-present at Camp Nou under Ernesto Valverde this season, making 51 appearances so far for the Blaugrana as they retained the La Liga title and reached the Copa del Rey final, in which Barca are set to take on Valencia. 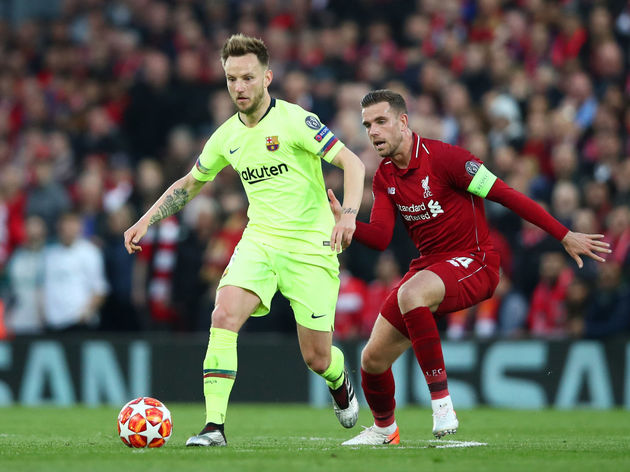 However, the disappointment of elimination from the Champions League at the hands of finalists ?Liverpool has seemingly sparked further likelihood of change in Catalonia this summer.

Barca are said to be preparing another big-money move for Matthijs de Ligt which would pair the defender with current Ajax teammate De Jong at Camp Nou next season, and the potential sale of Rakitic could help to fund further heavy investments. Meanwhile, Inter are said to be targeting Rakitic as a key signing as part of their own summer revamp following a disappointing season in Serie A, with the Nerazzurri said to be lining up former ?Chelsea boss Antonio Conte to replace Luciano Spalletti as their head coach.