In an interview with ?Marca 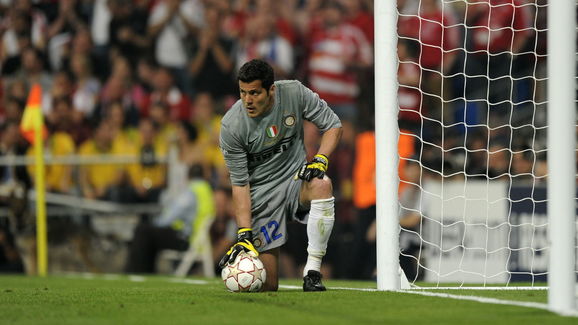 ?‘You’re crazy, it’s Casillas who would have to put on your shirt and not you,’ it read. And he told me that with only one arm I stopped more than Casillas.

“Iker went to the dressing room to talk to me [to thank him for the gesture] and I told him to have a discussion with Mourinho, which is difficult but he had to face it,” Cesar continued. “Mourinho likes to go face to face with the players who are considered stars in the teams that he coaches.” The Brazilian goalkeeper also discussed life under Mourinho’s management, and revealed the harsh words that Mourinho would say to him.

“The first year was great, but the second one was more difficult,” he added. “

“In training Mourinho approached me and said ‘you are the best goalkeeper in the world, but today you’re a Serie C goalkeeper.'” This was not the only time Mourinho was rude to Cesar. who explained the Portugese manager’s weird obsession with a yellow shirt.

“There was a time when Mourinho wanted me to play with a yellow shirt,” Cesar said.

“He gave me a yellow shirt, which was the training shirt, and I told him I was not going to play in yellow. Mourinho mocked me in every way possible and told me I was afraid of the ball. In short…I played in yellow.”