Inter looked at ease for much of the first half as Juve failed to make any inroads on Antonio Conte’s defence. Their confidence on the ball and wide play proved too much for La Vecchia Signora as De Ligt scored an own goal from a corner just ten minutes in. 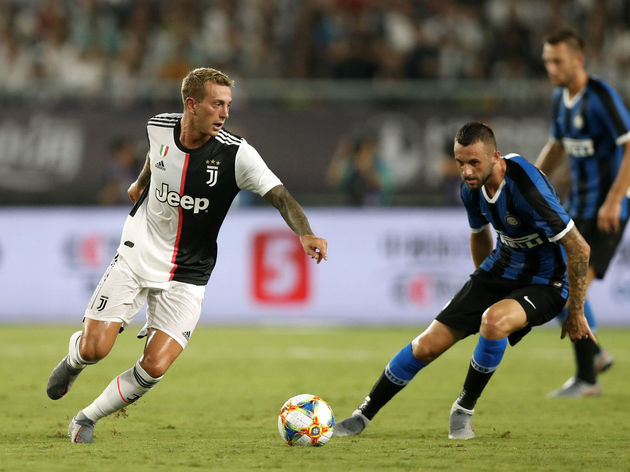 Check out 90min’s breakdown of the match below.

It really was a day to forget for Dutch centre back De Ligt, who was making his first start for the Turin side.

There had been a huge build-up for the 19-year-old, who signed from Ajax for just under £70m earlier in July. However, the early goal ensured the Dutchman will want to put the match swiftly behind him. To make matters worse for the defender, De Ligt was replaced at half-time by Demiral, another youngster signed during the current transfer window from fellow Serie A side Sassuolo, who would eventually go on to win the match for Maurizio Sarri’s side.

STAR MAN – None of the players wearing black and white truly made their mark on the match.

However, Ronaldo showed glimpses of what he could do and even a fraction of the Portuguese star’s quality is enough to change the course of a match. The 34-year-old’s free kick brought his side level and he showed off plenty of his skills for the crowd to cheer at.

It’s no secret that Conte has long been on the hunt for Manchester United’s Romelu Lukaku, making Mauro Icardi redundant in his plans. However, with the deal not yet done, there was another chance for Ivan Perisic to stake a claim for first team football.

Perisic did well in the first half, making darting runs that new signing Stefano Sensi looked for at every opportunity. However, Inter slowed up after half-time and the Croatian didn’t see much of the ball. 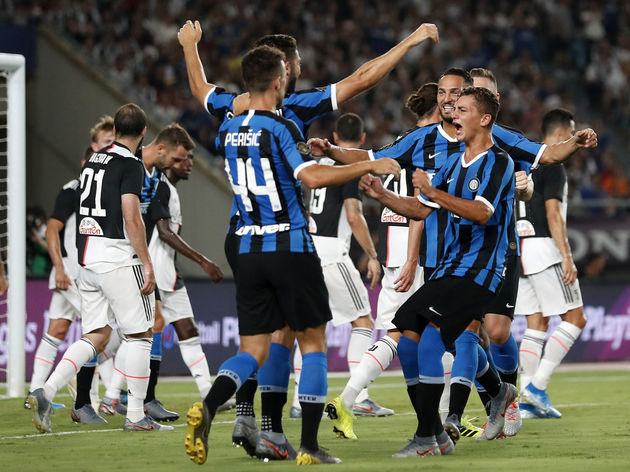 He could end up playing alongside Belgian striker Lukaku if he can convince Conte of his quality and if the deal does take place over the summer.

STAR MAN – Stefano Sensi looked like a real handful until he came off in the 78th minute. The central midfielder, who is on loan from Sassuolo, created an abundance of chances for the Inter wing-backs to latch on to and also involved Perisic in the game further up the field.

-Stefano Sensi looks slick so far.
-Inter already look like an embodiment of the Conte system.
The grit, the work rate and the defensive shape have been
on point.
-Juve have SO MUCH work to do, the press is a shambles,
the defensive shape only looks decent in phases.

Juve will be focused on getting their heads around ‘Sarri-ball’ and their next International Champions Cup match against ?Atletico Madrid will provide another chance to do so.

As for Inter, Conte has a tough few matches coming up against ?Tottenham, Paris Saint-Germain, and Valencia, and will be hoping for a similar performance.