?Manchester United’s Matteo Darmian is looking likely to secure a move back to his native Italy this summer – but current Serie A champions Juventus have ended their interest in the right back, leaving only Inter and Napoli in the running.

According to Italian news outlet Raisport, ?as cited by Football Italia, the Bianconeri have baulked at United’s €20m asking price ?for the 28-year-old, who made only 17 appearances for the Red Devils in all competitions last season. 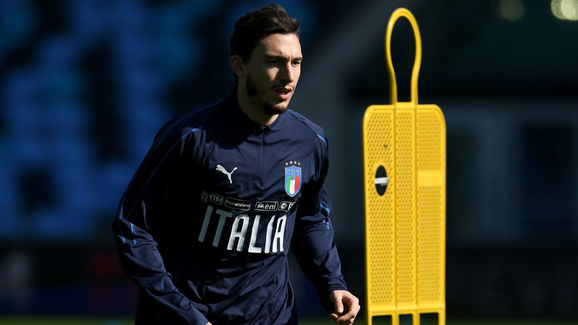 The Italian defender, who has been capped 36 times by his country, is deemed surplus to requirements at Old Trafford following the signing of 19-year-old Diogo Dalot in June.

Juve are keen on signing a back-up full back this summer following the departure of Stephan Lichtsteiner to Arsenal on a free transfer last month. The Old Lady will now move on to search for alternative targets.

Following this latest twist in negotiations, the most likely destination for Darmian is now Inter, who qualified for the Champions League for the first time since 2011 in May.

However, according to Rai, the Nerazzuri have identified Roma’s Alessandro Florenzi as their first choice acquisition in this position, who only as one year left on his contract with his current club. Inter are said to be monitoring his contract negotiations closely.

Should the reported interest for Darmian fall through, then that opens the door for Carlo Ancelotti’s Napoli to make a move for the United full back. The Serie A side released legendary defender Christian Maggio, 36, at the end of last season after ten years of service, so are also looking for competition in the right back spot.

And Darmian would relish a return to Italy to improve his chances of returning to the Italian national team, after he was left out of Roberto Mancini’s squad in June.