Juventus failed in an attempt to sign Atletico Madrid defender Diego Godin ahead of their Serie A rivals Inter, according to reports from Italy.

The Uruguay international has been a cornerstone of Diego Simeone’s side for several years, but had been linked with a move away from the Wanda Metropolitano. It was earlier claimed that Inter had agreed personal terms with the 33-year-old, but ?Sky Sport Italia have revealed that ?Juventus tried to hijack the Nerazzurri’s proposed deal, only to find out that the veteran defender had already committed himself to joining Luciano Spalletti’s side at the end of the season.

According to Spanish radio stadion, ?Cadena Ser, Godin will join ?Inter on a free transfer when his contract with Atletico expires in June, and will sign a two-year deal with the option of a third, where he will earn an annual salary of around €5.5m. 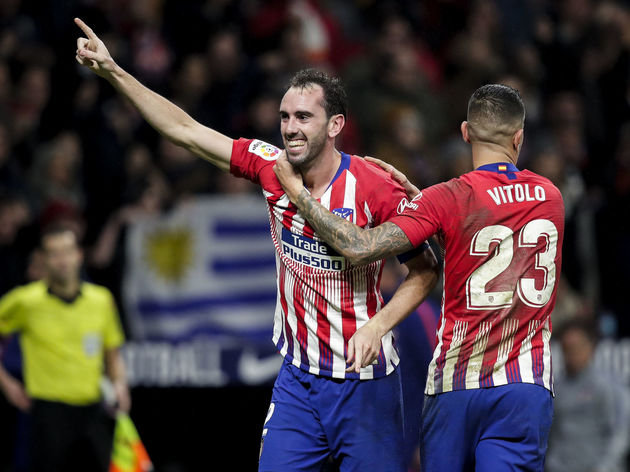 ?Atletico’s policy of not offering more than one year deals for players over the age of 30 has meant Godin’s time with the Los Rojiblancos is nearing its end, whilst teammates Filipe Luis and Juanfran also find themselves out of contract in the summer.

Having arrived from La Liga rivals Villarreal in 2010, Godin has featured over 350 times for Atletico, and scoring 25 goals.