?Juventus and Inter have joined the race to sign Manchester United centre back Chris Smalling, who has enjoyed a surprisingly strong start to life on loan with Roma.

The 29-year-old swapped Manchester for Rome during the summer as Ole Gunnar Solskjaer and the United hierarchy looked to refresh and rejuvenate their backline.

Despite being deemed surplus to requirements at Old Trafford, Smalling – somewhat surprisingly – has been one of the Serie A’s standout performers so far in 2019/20, prompting Roma to push for a permanent deal. 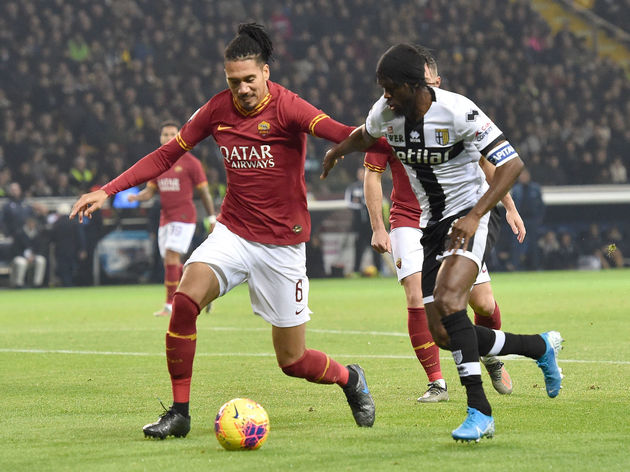 However, according to Corriere della Sera (via ?Tutto Mercato Web), Roma will face pressure to complete the deal from both Juventus and Inter, who are ready to pounce if Roma cannot agree a deal with ?United.

The Red Devils are ?looking for a fee of around €18m (£15m), but Roma are reluctant to meet those demands. Having already paid €3m to secure the loan deal itself, Roma only want to offer €15m to complete a permanent deal.

If United are not prepared to accept such a deal, then ?Juventus and ?Inter could look to take advantage. The two sides have been scouring the ?Serie A for potential transfer targets, and both are said to have been impressed by what they have seen from Smalling.

For Juventus, a move for Smalling does make some sense. The pairing of Leonardo Bonucci and Matthijs de Ligt have been hugely impressive for Maurizio Sarri’s side, but there are questions over the future of the remaining centre backs in the squad.

Both Daniele Rugani and Merih Demiral have both been linked with moves elsewhere, while there are doubts over how 35-year-old Giorgio Chiellini will fare once he returns from his cruciate ligament tear.

If they are looking for a reliable rotation option, they could certainly do worse than Smalling, who so far has proven to be a solid defender in the Serie A. The same can be said for Inter, who could find themselves on the lookout for new centre-backs in the near future. ?Milan Škriniar is wanted by Barcelona and Real Madrid