Juventus are willing to sell both Paulo Dybala and Douglas Costa in order to free up funds to sign Fiorentina forward Federico Chie?sa, but will face stiff competition from Inter for his signature.

Chiesa has been one of Serie A’s most coveted youngsters since his breakout season in 2016/17, and the 21-year-old has been in impressive form this campaign, notching 12 goals and nine assists across all competitions so far. 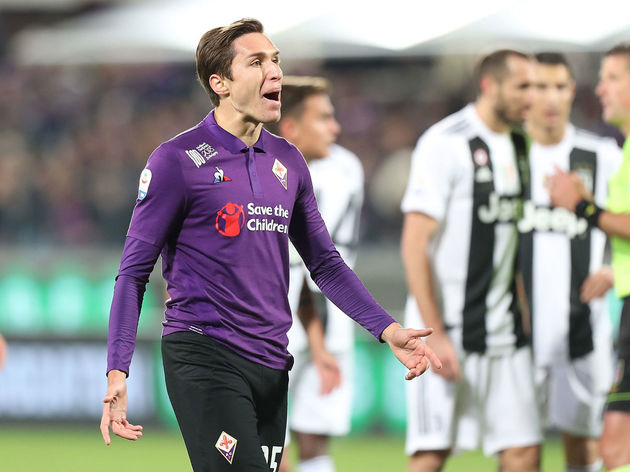 According to ?Goal, La Vecchia Signora have identified the versatile winger as a key target going into this summer’s transfer window and are confident that, with the right offer, they can land La Viola’s starlet.

It is understood that since the capture of another Federico, Bernarndeschi, back in 2017 for £36m, the two clubs have had an amicable business relationship, despite their fierce on-field rivalry.

The eight-time consecutive Scudetto winners will face some competition from ?Inter, with the Nerazzurri long-time admirers of the Italy international, though their economic might is considerably less imposing.

Indeed, even with their recurring prize money from ?Serie A triumphs, ?Juve are still willing to sell both Dybala and Costa this summer in the hopes of landing Chiesa, with a return to their Italian roots key to an identity rebuild following a disparaging campaign away from the league.

Dybala has been linked with Inter in recent weeks, with a straight swap for out of favour contract rebel ?Mauro Icardi ?rumoured to be on the cards. As for Chiesa, the Florence-based side are expected to place his value at somewhere around the £70m mark this summer.