?Inter loanee Keita Balde has admitted his desire to stay in Milan beyond his current temporary spell, insisting the club are yet to see the best of him and they’d be “getting a bargain” if they bought him outright.

The Senegalese winger, who is on loan from Monaco after joining the French side from Lazio in 2017 for around £27m, has played 19 times for the Nerazzurri this season, scoring three goals and providing two assists.

The majority of these have come from off the bench, but this has not inhibited the 23-year-old from loving life with the Italian giants. 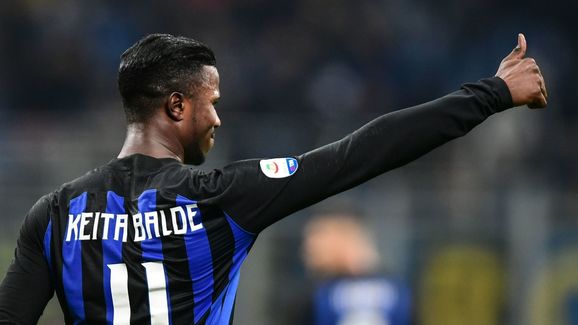 Speaking to Tuttosport, as quoted by ?Football Italia, Keita proclaimed: “I imagined this to be a great club, and since I’ve been here that’s what I’ve found.

“Since I was a child I’ve followed the matches of the two Milanese clubs. My dad really liked Milan’s Dutch trio, but I was more interested in Adriano, [Obafemi] Martins and [Zlatan] Ibrahimovic.

“I always played as the ?Nerazzurri on the PlayStation, and then my idol [Samuel] Eto’o arrived too. I’m proud to be here and proud the Coach wanted me.”

Balde came to Italy from ?Barcelona’s coveted La Masia academy, and broke into Lazio’s first team in 2013, at the tender age of 18. He went on to collect 31 goals and 27 assists in 137 games for the Roman side, before leaving for Ligue 1.

Though he is yet to rekindle that kind of form with Luciano Spalletti’s side, he insisted the best is yet to come from him, declaring: “The Coach has clear ideas and knows what he’s doing.

“You’ve yet to see my best, let’s say I’m at 60-70 per cent now. Inter have to sign me outright because they’d be getting a bargain. I’m as enthusiastic as our President and I want to help the team grow.”

The winger also spoke about his team’s desires for the rest of this season, admitting: “After the Champions League elimination, as a club and a team, we have to aim to win the [Europa League] trophy.

“In the league we don’t have a fixed objective, we definitely need to improve and try to stay in the top three until May. Juventus are a very strong club and their squad is just as good. We know that, but Inter have those things too.

“They’ve been winning for so many years though, and that’s increased their mentality. And in Italy now you’re used to making them Campioni d’Italia in December. The league is still open though, because there’s a long way to go.” 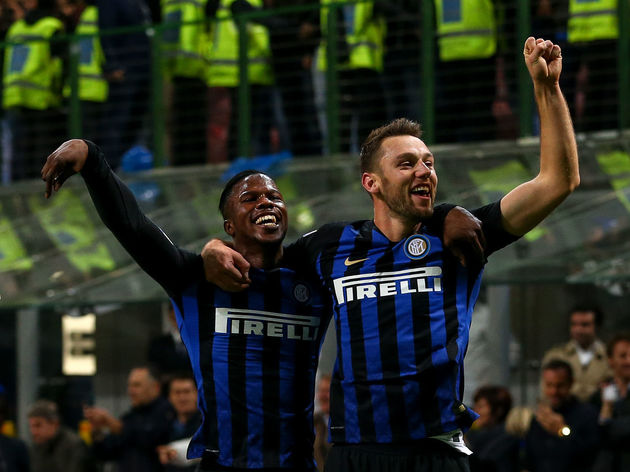 Indeed, despite I Bianconeri’s unprecedented impressive start to a ?Serie A campaign, Balde remains unconvinced: “Honestly I don’t understand this smoke that surrounds every discussion about ?Juventus, the comments of fans or insiders about them being unbeatable.

“We had the opportunity to score twice [in Turin] before they did, and if we’d taken the lead it’d have been hard for them.”