Lautaro Martinez’s agent has all but confirmed that his client will joint ?Inter in July, saying that a deal is “99%” complete.

“We’re waiting until we can travel so Lautaro can take his medicals,” Zarate said?.

Lautaro Martinez will fly to Italy next week to sign his contract with Inter until June 2023. Done deal. ?? #transfers

“We’re just waiting for confirmation, the medical could be in a week or 10 days, we just need a phone call before we head out.”

Racing Club are resigned to losing Martinez but they had hoped he would stay at the club until January to help them with their Copa Libertadores campaign.

Racing have qualified for the last 16 of the South American Champions League, which runs until November, but Zarate said that Inter had refused to let Martinez stay until then.

“Racing have qualified for the Copa Libertadores round of 16, and Lautaro has been one of the best players in the competition, which is why they tried to find a solution with Inter to keep the player for the coming months,” he said. 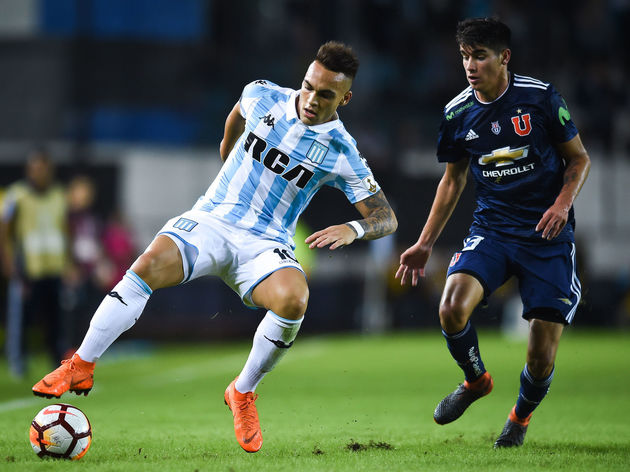 “It’s not possible though, the Nerazzurri said no. That decision was communicated to Racing, so it’s a very difficult hypothesis.”

Zarate seemed very confident that the deal would be completed in due course.

“It’s 99 per cent done, the deal is more than secure,” he added. “I can’t say 100 per cent, but that’s only because we’re waiting for that call to go to Italy and define everything.

Martinez has scored 18 goals in 28 appearances for Racing this season, including five in the Copa Libertadores.