?On a soaking wet Monday night in Rome, Inter made it six wins in a row as they ran out 0-3 winners against Lazio at the Stadio Olimpico to keep any semblance of an Italian title race alive.

Mauro Icardi got his first goal with a poacher’s effort, before Marcelo Brozovic grabbed Inter’s second just before half time with a daisy cutter from the edge of the box. 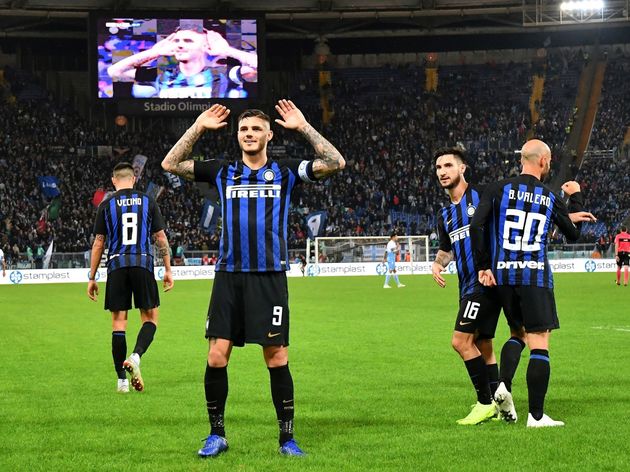 Although Lazio started the second half brightly, they never really looked like catching the visitors. Icardi grabbed his second with a neat cut back and incisive finish at the near post.

Lazio struggled to create opportunities, and any half chances they did muster at goal were beaten away by Samir Handanovic. Inter secured the three points and move into second place leading the chasing pack behind runaway leaders Juventus, whilst Lazio remain in fourth.

Here’s our break down of this one…

Luciano Spalletti’s side produced the perfect away performance for one simple reason – they took their chances. 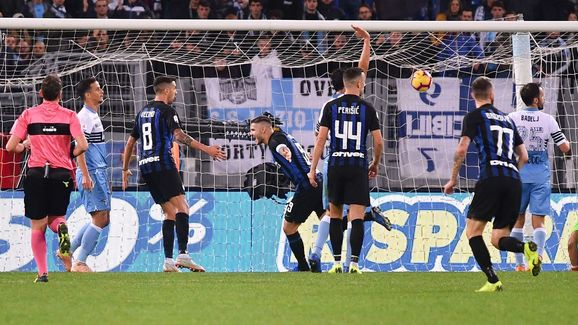 Going away to a top four rival, you need your team to defend strongly and be clinical in attack, and Inter delivered on both fronts. Lazio had the majority of the ball, meaning that Inter had to pick their moments to hit the home side on the counter. Every time they did, they looked dangerous. Inter only really created three chances, and they scored three goals.

Captain Icardi was at his predatory best, scoring twice from his three shots on goal. With the Argentine in such good form – that’s his sixth goal in his last four games – then Inter may stand a chance of running Juventus close come the end of the season.

Star Man – Is anybody surprised that Icardi was the difference for his team?

Inter’s number nine led the line by himself all game, and in truth had scraps to feed on. However when he got the chances, he made them count and that’s the sign of a world class player.

His first was all about instinct as he pounced upon a bouncing ball within the Lazio area to stab it in the bottom corner. His second was more measured as he cut inside onto his weaker left foot, and beat Thomas Strakosha at his near post.

Worst Player – Kwadwo Asamoah didn’t have a particularly good game at left back. He gave the ball away more than anyone else on his team, and generally lacked composure when in possession.

A better team may have punished him on another day.

Star Man – Joaquin Correa was Lazio’s only bright spark, and he only came on as a second half substitute. His pace and directness caused the Inter back line some problems, and he was the only player who looked capable of turning the tide for the home side.

Joaquin Correa got some skill on him, positive change from Lazio. Hard to contain in these dying minutes #LazioInter

Worst Player – Whilst Icardi took his limited chances, his opposite number Ciro Immobile was wasteful with what came his way. He dallied on the ball in the first half to allow Miranda to make a recovery challenge, and he shot straight at Samir Handanovic in with his only clear-cut second half chance. If the Italian was more clinical then it would’ve been a different game.

Inter’s sixth consecutive win helped them secure second place, keeping them within touching distance (six points behind) of Juventus before their home match with Genoa on Saturday.

Lazio will be looking to bounce back from this defeat when they take on SPAL at home on Sunday.