Lazio and ?Inter face off in Rome’s Stadio Olimpico on Monday night for a big Serie A clash.

Both sides are high fliers in Italy, with Inter third and Lazio fourth in the league after nine games. The game is even more significant with only one point separating the two sides, who are both desperate to pick up all three.

Lazio and Inter are also both returning to league action after midweek European football. The Biancocelesti are off the back of a big win, as they beat Marseille 3-1 in the Europa League.

On the other hand, Inter fell to defeat in the Champions League, as Barcelona defeated them 2-0 at Camp Nou.

However, there are reports that the game could be postponed. According to Football Italia, weather conditions could lead to the game’s postponement, with the city of Rome already on a weather alert. Nevertheless, check out 90min’s preview for Monday’s clash below.

Inter will have travel to the capital without
new signing Radja Nainggolan. The Belgian will be sidelined for several weeks after being injured in the Milan derby win on 21 October. 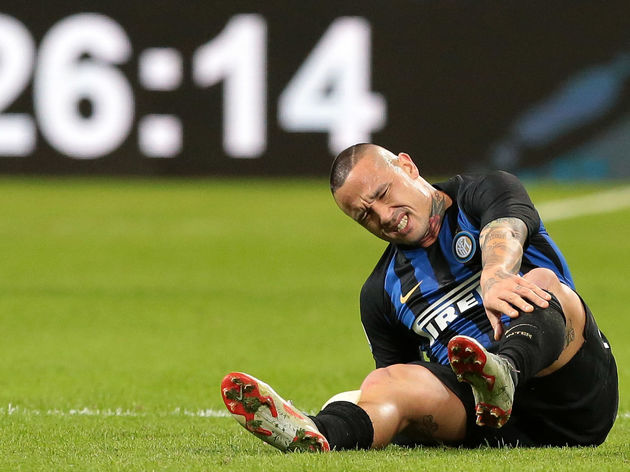 Lazio are missing two players through injury for Monday’s clash. Defender Riza Durmisi with an elbow injury sustained at the start of October, and midfielder Milan Badelj is ruled out with muscular problems.

Lazio and Inter have met 165 times, with the Nerazzurri having the better record. Inter have won 67 matches, in contrast to the 40 of Lazio. In recent meetings, Inter have had the upper hand over Lazio. The Nerazzurri are unbeaten in their last four meetings, with Lazio’s last victory over them coming in a 2-0 win in May 2016.

Lazio are on a very strong run, having won three consecutive games including a 3-1 victory in the Europa League over Marseille. This run of form was desperately needed, after losing the Derby della Capitale to Roma and a crucial Europa League tie against German side Eintracht Frankfurt. On the other hand, Inter’s run of seven straight wins was ended by Barcelona on Wednesday night, as they succumbed to a 2-0 defeat at the Camp Nou. Nevertheless, seven consecutive wins is fantastic form, and the Nerazzurri have lost just one of their last seven league games.

Here’s how both these teams did in their last five games:

Both teams are in very good form, and with just a point between the two at the height of Serie A, it promises to be a good game. Third-place Inter will hope to bounce back from Wednesday’s defeat, while fourth-place Lazio will hope to extend their winning streak. Whether it will be a classic or not, we will have to wait to see what will be on show at the Stadio Olimpico, but these two will be tough to separate.