Shakhtar Donetsk midfielder Bernard has emerged as a target for a host of European powerhouses this season and both Liverpool and Arsenal have been given a boost in their bid to land the Brazilian, after Inter reportedly pulled out of the race to sign him.

The 25-year-old is expected to leave Ukraine this summer when his contract expires, and Inter had been monitoring his situation having scouted the midfielder on a number of occasions. 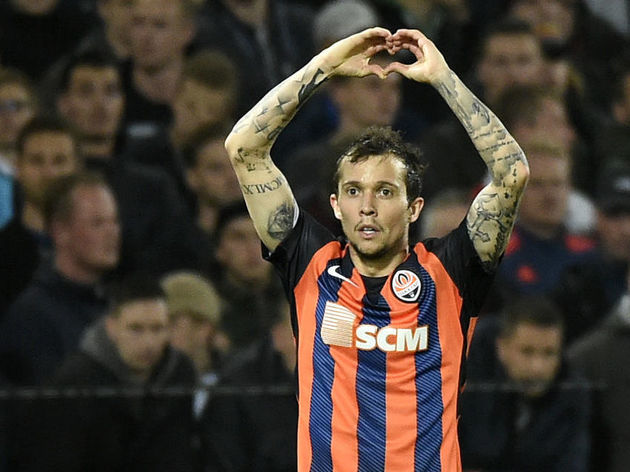 However, Gazetta Dello Sport, via the ?Mirror, claim the Italian outfit have withdrawn their interest due to the player’s sizeable contract demands.

Liverpool manager Jurgen Klopp is said to have made Bernard a priority signing this summer as he has looked to the attacking midfielder as a potential replacement for Philippe Coutinho, who left Anfield in January to join Barcelona.

The Reds are eager to bolster their ranks in the summer and the versatility of Bernard to play on either the left wing or as a number 10 is said to have  appealed to the Merseyside outfit as they look to add to their plethora of attacking prowess.

The 25-year-old would prove to be a bargain pick-up on a Bosman transfer – which would compensate his wage demands – and could also cause the Gunners to enter the race having been known admirers of the Brazilian.

The former Atletico Mineiro man has scored 10 goals in 29 appearances across all competitions this season.