?Inter manager Luciano Spalletti has acknowledged that qualifying for the Champions League next year will be tough after they were held to a 1-1 draw by rivals Juventus.

In the 172nd Derby d’Italia, Radja Nainggolan’s stunning volley was cancelled out by a Cristiano Ronaldo strike mid-way through the second half, with the Nerazzurri unable to convert their many opportunities into goals. 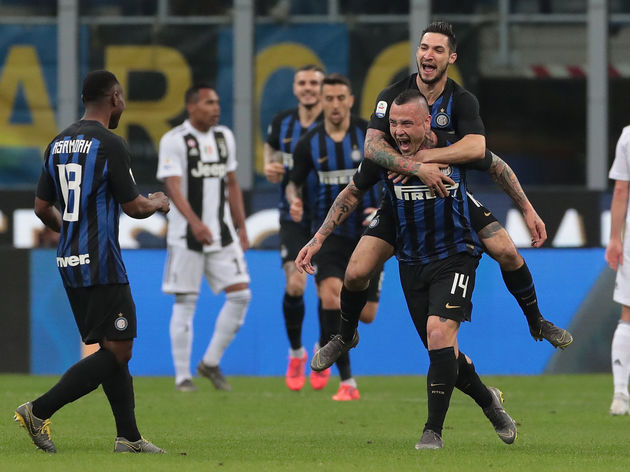 With Milan just six points behind with a game in hand whilst in fifth, and with ?Inter still to face Napoli, Spalletti admitted finishing in the top four in ?Serie A would be ‘tough’.

Speaking after the game, the Italian said (as quoted by the ?club’s official website): “Qualification to next season’s Champions League is within reach but there are tough opponents coming up so we must keep going and give our all to get points.”

Despite creating a host of chances, Spalletti rued his side’s inability to score a crucial second goal, with their poor defending costing them in the end.

Spalletti added: “We put in a good performance, it was a good game. In the first half, we were clearly on top in terms of the action zones but we couldn’t get the second goal and we have to take the draw.

“Defending isn’t one of our greatest characteristics, even when we drop back. They just needed a bit of space to draw level. We need to always look to play and press high. We played our game though and if we always do that, we’ll be rewarded for it. This is the direction we’re going in and these are our characteristics.”