?Inter manager Luciano Spalletti said nerves got the better of his side after the Serie A side drew 1-1 with PSV on Tuesday, resulting in their elimination from the Champions League.

The Nerazzurri exited Europe’s elite club competition after Lucas Moura scored a late equaliser against Barcelona, with Inter needing to better Tottenham’s result to qualify as runners up in Group B.

Hirving Lozano’s opener in the 13th minute was cancelled out by Mauro Icardi’s second half effort, but Inter could not force a late winner and will now play the rest of their European football this season in the Europa League after Spurs’ 1-1 draw in Catalonia.

“As the anxiety grows, you lose sight of how to control the game and it became end to end. We had our chances to score, but it wasn’t the right attitude we needed in that moment.

“Not every team can beat anyone. This does weigh on our psychology and we had to keep the game in the balance, but we became too frenetic after going a goal behind.”

Spalletti also revealed he wanted the score from Camp Nou announced during the game at San Siro.

He added: “Naturally, the crowd cheers and the players look around to see what happened. UEFA asked if I wanted to have the results from elsewhere pop up on the screen and I said yes. A team like ?Inter needs the mental strength to handle that situation.

“It’s not one player who can change the overall attitude of a team, it’s a much bigger picture. We must do everything together, as it’s the only play to play like a unit. 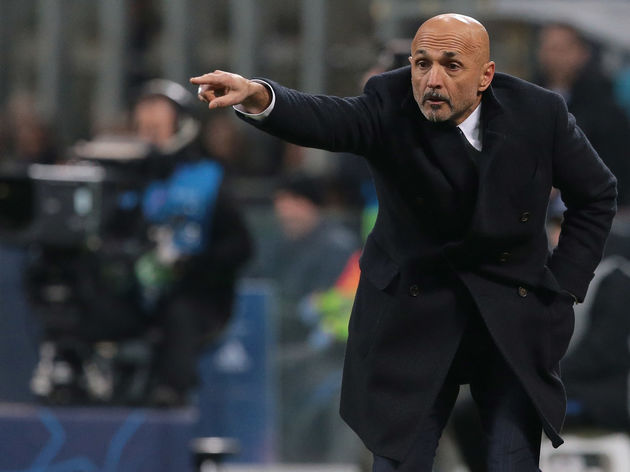 “It’s easy to look back and say there are moments when we could’ve done better, but once again we let the tension get to us and didn’t handle the situation well.

“There is disappointment, the same as any other club that goes out of the ?Champions League.”