??Inter manager Luciano Spalletti has admitted he was largely frustrated with his side’s performance during their 3-0 victory over Bologna, but he is also satisfied that the team earned their first win of the season.

Bologna proved to be an incredibly stubborn opposition, making it difficult for Inter’s attacking players to find space and create opportunities. Fortunately for the Nerazzurri, second half goals from Radja Nainggolan, Antonio Candreva and Ivan Perisic secured a well deserved victory. “There was the risk that dominating possession and passing it around to seek a space would end up allowing them a dangerous counter-attack. Fortunately, it hardly ever happened.

“We should’ve been a little more inventive, creative and had more quality in the final third to pick the lock earlier.” 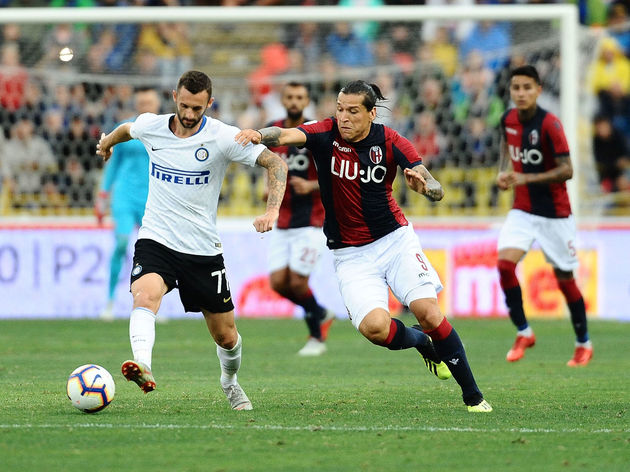 Inter had previously disappointed in ?Serie A, following a loss to Sassuolo and a draw with Torino, and Spalletti admitted his side must improve in future.

He added: “With players of this talent, we need to win games.

“Of course, we know from our past that it doesn’t necessarily translate that way. We must find our balance and ignore everything around us to get the results.

“What we must do against such defensive sides is to control the ball well, crowd around them in the area of the ball and support the moves in the final third.

“There are many advantages to be taken in these situations and we didn’t take them. “Some of our players need to find their fitness levels, as you need quality and names to win, but also hard work and sweat on the field.

“It’s true we weren’t very incisive, but we were organised and when losing the ball, we jumped straight back on them to prevent Bologna from countering. As the game went on, we wore them down.”

Following the international break, ?Inter will host a reborn Parma side, and they will be keen to continue their positive improvement.