The Nerazzurri endured a sluggish outing as goalkeeper Samir Handanovic was the star of the show for the home side at the San Siro, producing crucial wins to deny Kevin Prince Boateng and Jeremie Boga to save his side from a potential upset.

Spalletti conceded that his side did not impose themselves enough on the stalemate, as the ?Inter boss told DAZN after the game, via ?Football-Italia: “It was a complicated match because Sassuolo played very well.

“At times we managed to win back the ball early, but we kept giving it away again too quickly.

“We simply didn’t show the difference in quality between the two teams.”

Inter’s star-studded frontline appeared to be off the boil at the San Siro, with Argentine superstar ?Mauro Icardi and World Cup star ?Ivan Perisic failing to have their usual attacking influence for the Nerazzurri.

“We were below par this evening in the individual performances,” Spalletti added. “Mauro didn’t find much space because Sassuolo defended well, but he also didn’t move very much to create the space, because we did create a few chances.

“He was unlucky on a couple of occasions, slipping at the crucial moment.”

The match was played behind closed doors at the San Siro following the recent occurrence of racist chanting at the ground, though the club invited 11,000 children from local schools to attend the game.

“You could hear these children shouting, the sound of kids enjoying any situation that was happening,” Spalletti said of the unique atmosphere. “They weren’t all Inter supporters, there were kids who like other teams too, but they were all enjoying the occasion.” 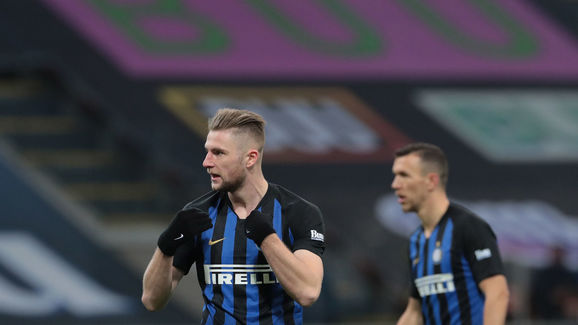 Inter will look to get back to winning ways when they travel to face Torino away in another testing Serie A clash next Sunday. Spalletti’s side sit third in the table, 13 points adrift of leaders ?Juventus, who have a game in hand.