?Inter manager Luciano Spalletti has insisted that league rivals Juventus will go on to triumph with the Scudetto after the Bianconeri finished the calendar year nine points clear at the top of Serie A.

Spalletti’s men narrowly defeated ?Empoli 1-0 courtesy of a strike from Keita Baldé, to temporarily move within two points of second-placed Napoli. However, the ?Bianconeri edged out Sampdoria 2-1 at the Allianz Arena earlier in the day to open up a 12-point lead at the top of the table, ahead of the ?Neapolitans’ match against Bologna. The ?Nerazzurri find themselves 14 points adrift of La Vecchia Signora in third, at the half-way stage in the season, and was asked about the possibility of any trophy success in the new year.

The former Roma boss agreed with the club’s director of football Giuseppe Marotta, who believed it was a necessity, while admitting that counterpart Massimiliano Allegri’s men will win the league in May.

Il Biscione, who were without their travelling fans in support as a result of sanctions against the club following racial abuse directed at Kalidou Koulibaly in La Beneamata’s victory against Napoli at the San Siro, found it difficult “These are matches that become dangerous if you don’t approach them with the right mentality and, at the beginning, we didn’t play well.

“We weren’t able to be strong in possession and then attack with flashes. We were better in the second half and kept focused on Empoli, who is a team that knows how to play in space. This was a fundamental victory and also earned.” 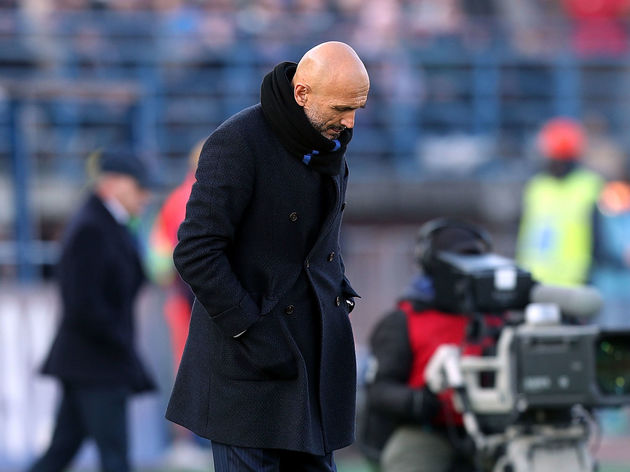 Baldé’s 72nd minute strike was his fourth of the campaign, ensuring he was involved in seven goals in his last eight league appearances, and his manager was impressed with the performance, considering he started on the bench in Inter’s last two matches.

“Keita? Everyone together cannot play, but if you’re able to alternate and get the best from all players like what happened today with Keita, all goes well.

“Keita is a splendid guy and has a great way about him. He always jokes with the others and has fun. I found a person different from the chatter about him when he left Lazio.”