Luciano Spalletti slammed his side’s ‘ugly display’ as Inter fell to a shock 2-1 defeat at mid-table Cagliari in Serie A on Friday night.

The Nerazzurri were made to pay for an extremely lacklustre performance as goals from Luca Ceppitelli and Leonardo Pavoletti – either side of a Lautaro Martinez equaliser – gave the home side all three points. 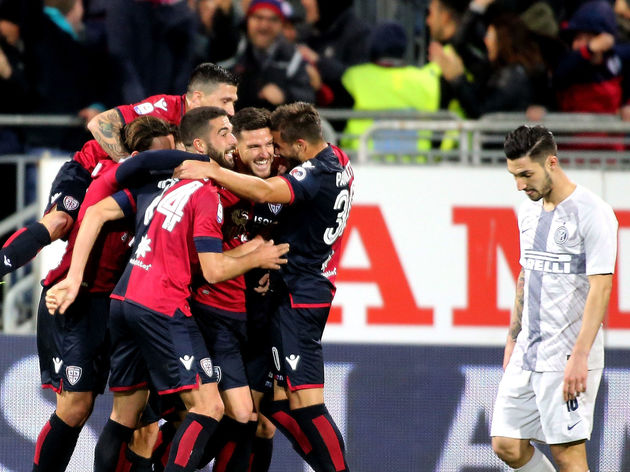 With the defeat now giving ?Inter’s rivals Milan the opportunity to leapfrog them in the table with a win against Sassuolo on Saturday, Spalletti criticised his players for particularly disappointing first-half performance.

He said (as quoted by the ?club’s official website): “It was an ugly display from Inter in the first half, we were slow in our decision-making and slow when moving the ball.

“We read situations badly and we didn’t have enough quality in our play. Cagliari then scored two big goals, they weren’t simple. We had the potential to do the same in attack but we weren’t able to match them.”

With ?Mauro Icardi’s fractious relationship with the club seeing him side-lined from the first team in recent weeks, Spalletti turned towards centre-back Andrea Ranocchia as his final ‘attacking’ change in the dying moments of the game.

When asked about whether introducing Ranocchia showed a lack of options in Icardi’s absence, the Inter boss appeared to take a swipe at the club’s former captain.

Mauro Icardi addressing the situation between him & Inter on Instagram ?

”In a family many things can happen: both beautiful & ugly. But you can never lack respect. These are my values, these are the values I’ve always believed in.”

He added (as quoted by ?Football Italia): “I can say the same things again, as if there’s a way of helping Inter and showing how much you care about Inter, then you should be on the field.”