Luka Modric has taken to Instagram to rubbish reports that he had initiated contact with Inter ahead of a potential move to the club.

The World Cup Golden Ball winner commented under an Instagram post that had made the claim: “This the biggest load nonsense!!!”

It had been reported that the risked the ire of Florentino Perez by effectively killing his lawsuit against Inter, claiming that it was he who initiated contact with the Italian club rather than the other way around.

Inter wanted to sign the World Cup Golden Ball winner from ?Real Madrid this summer but Perez was determined that would not happen, having already lost manager Zinedine Zidane and star goalscorer Cristiano Ronaldo since last season.

Perez lodged an official complaint to FIFA on the grounds that ?Inter had made an illegal approach for Modric, violating Article 18 of the transfer regulations by contacting the player without permission from his current club.

?Mundo Deportivo had reported that Modric was contacted by FIFA as part of the investigation, and Modric told the governing body that he instigated the talks with Inter.

The report had also suggested Modric explained his desire to play alongside his international colleagues Ivan Perisic, Marcelo Brozovic and Sime Vrsaljko, so he tried to force a move away from the European champions. 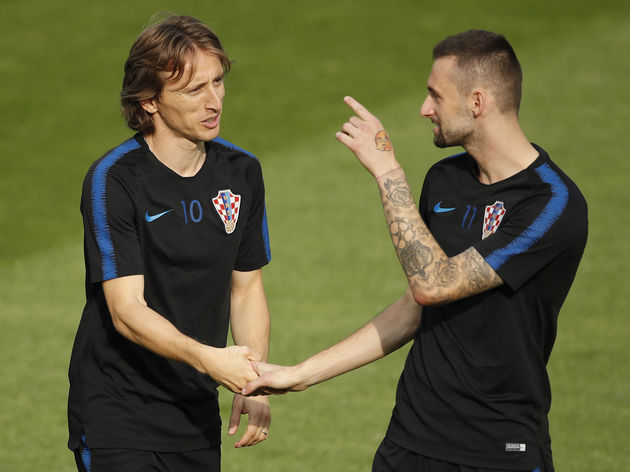 Modric’s comments have seemingly put an end to the saga which had dragged on beyond Friday’s Serie A transfer deadline.