A long-term injury to first-choice centre back Aymeric Laporte – who has recently undergone knee surgery – has intensified Pep Guardiola’s interest in a central defender this January, with John Stones and Nicolas Otamendi the only available senior options as it stands. 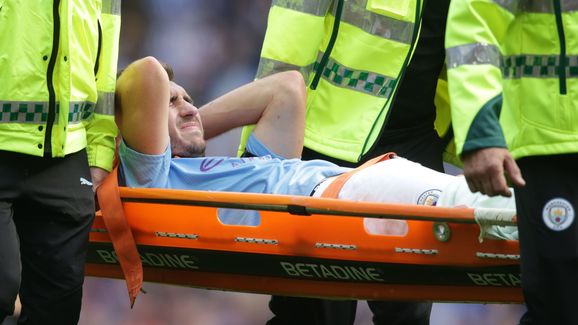 Long-serving captain and club legend Vincent Kompany departed to his home-town club Anderlecht this summer and, while ?Kyle Walker and ?Fernandinho can do a job in the centre of defence, Guardiola will not want to rely on them for large stretches of the campaign.

Every dropped point is vital to the Blues considering the threat posed by ?Liverpool, who have won all four of their opening fixtures.

The Spaniard’s preference for the winter transfer window is Skriniar, who has established himself as a fine talent since his switch to ?Inter in 2017. The 24-year-old made the move from Sampdoria and has since made 88 appearances in all competitions for the Nerazzurri.

However, Tuttosport report that former ?Chelsea boss Conte has dismissed any thoughts of selling up, believing that Skriniar is too valuable a player for Inter to be selling mid-season as Inter look to challenge Maurizio Sarri’s ?Juventus for the league title. Conte has deployed his back three formation in Inter’s two opening victories over Lecce and Cagliari, with Skriniar vital both for his aggressiveness without the ball and distribution with it.

Inter face Udinese on Saturday hoping for three wins out of three in Serie A to start the season, while ?Man City are up against Norwich at Carrow Road.