?Manchester City are set to reignite their interest in Inter centre back Milan Skriniar in January, with Pep Guardiola eager to bolster his defence following the injury to Aymeric Laporte.

The club confirmed that ?Laporte required surgery on his knee following a clash with Brighton and Hove Albion’s Adam Webster, so the Frenchman is set for a lengthy spell on the sidelines.

The injury has left ?City with just two senior centre backs – ?John Stones and Nicolas Otamendi – but that number could drop to just one as Stones is battling a thigh injury, so ?The Express claim that Guardiola is ready to launch another bid for Skriniar.

The Citizens were keen to sign the ?Inter star during the summer, but Antonio Conte was not prepared to part ways with one of his most important players as he targets a push for the ?Serie A title.

However, as one of the richest clubs in the world, City have the financial muscle to test Conte’s resolve, and they hope that a substantial January bid could be enough to tempt Inter to part ways with Skriniar.

Unitl January, City will have to do with their current crop of players, meaning midfielders ?Fernandinho and Rodri could be deployed as defenders to help Guardiola through this injury crisis.

Once the window is open, they are believed to be ready to move quickly for Skriniar, who has made 88 appearances for Inter since his big-money move from Sampdoria in 2017. 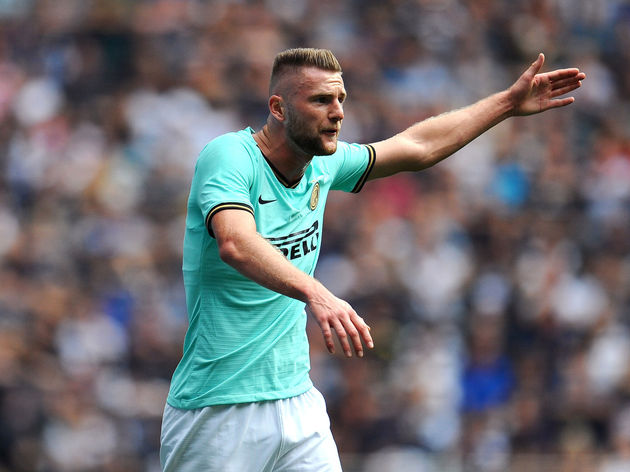 He is already playing at an incredibly high level, but City believe he can get even better, just like Laporte has done since his move from Athletic Club in January 2018. The Frenchman was a dominant force last season, and City want a similar impact from Skriniar once the winter window is open.