??Inter Milan are in the hunt for a new right back and are looking at potential options, with one being Matteo Darmian from ?Manchester United.

According to Gazzetta dello Sport as cited by ?Football Italia, United could extend Darmian’s contract by a year thus allowing Inter to take him on  loan with an option to buy.

There is a clause in the Italian’s contract. Yet Inter are only willing to take the defender on loan but this would not be possible as Darmian’s contract expires on 30 June. 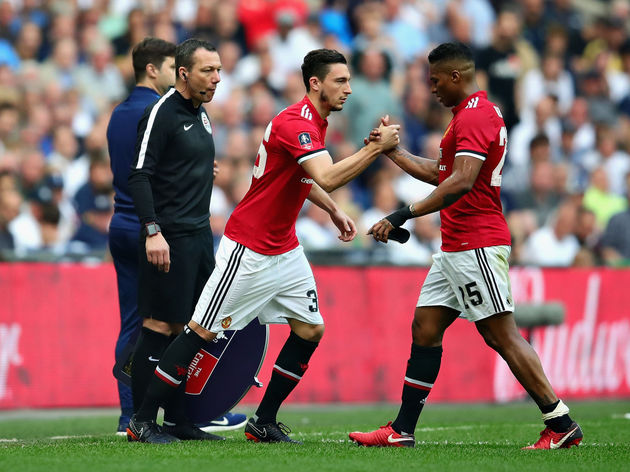 He is not the only player Inter are looking at. Croat Sime Vrsaljko could be an alternative but ?Atletico Madrid

Another option for Inter could be Davide Zappacosta from ?Chelsea but his situation at Chelsea is uncertain. Zappacosta’s future will be decided by incoming Blues manager Maurizio Sarri. The Nerazzurri have already made their move in the transfer window. They have signed Radja Nainggolan from Roma. In addition, they have added two further names to their squad.

Stefan de Vrij was out of contract at Lazio so Inter picked him up for nothing. This was the same situation for Kwadwo Asamoah who they signed from ?Juventus. Inter will play in Europe’s premier competition next year after six years out of the tournament. They hope these new signings will make a big impact domestically and on an international level.

With the potential new addition of a right back in the pipeline, Inter will hope that they can compete well with their rivals.