Manchester United have agreed a deal that will see Alexis Sanchez join Inter on loan for the duration of the 2019/20 season, reuniting with former Old Trafford teammate Romelu Lukaku and potentially spearheading Inter’s first serious Serie A title challenge since 2010/11.

The terms of the deal don’t appear to be good business for United at all. They will continue to pay more than half of the Chilean’s massive wages while he is in Milan. It is thought an obligation or even an option to buy next summer has not been included, while there is even no mention of a loan fee.

The big hope is that he performs in Italy and it creates a buying market for him, but it is a risk. For Inter it sounds like a win-win situation as they land a player who was among the very best in the world just 18 months ago and is desperate to re-energise himself in a league in which he once thrived – Sanchez made his name in Europe at Udinese prior to joining Barcelona in 2011.

United, meanwhile, will be paying at least £250,000-per-week for a player they are not benefitting from, nor is there any guarantee they won’t be stuck with him in a similar situation next summer if Inter decide they are not willing to make it permanent and there is no other buzz.

Few can afford to match his full wages now, so the only way it can be resolved next year is if Sanchez agrees to a major pay cut. Otherwise, he is back at Old Trafford.

Then there is the fact that United have already cut Lukaku loose. With Sanchez also leaving, the thin squad is down to bare bones upfront, with Marcus Rashford, Anthony Martial and 17-year-old Mason Greenwood the only goalscorers left in the first-team group.

For me now, the likes of Leicester have a stronger squad than Man Utd and OGS is going to guide them to a masterful 9th or 10th.

All the goals have gone. Going to be a long old year.

Any significant injuries to those three – Martial is already ?expected to miss the weekend’s clash with Southampton after picking up a thigh problem – and it could be disastrous.

United have not handled the situation well, but what choice did the club really have?

In Sanchez, here was a player who wanted to leave, whose very presence at the club has caused a major problem since he arrived because of the way his contract distorts the wage structure. It was not his fault that United were foolish enough to offer the deal they did – especially when Manchester City pulled out because it was too much – but the club cannot move on from the mistakes of the past without getting rid of them, arguably at any cost.

Would keeping Sanchez have been more damaging to the new long-term project, still very much in its infancy, than letting him go on dissatisfactory terms? The answer is probably. 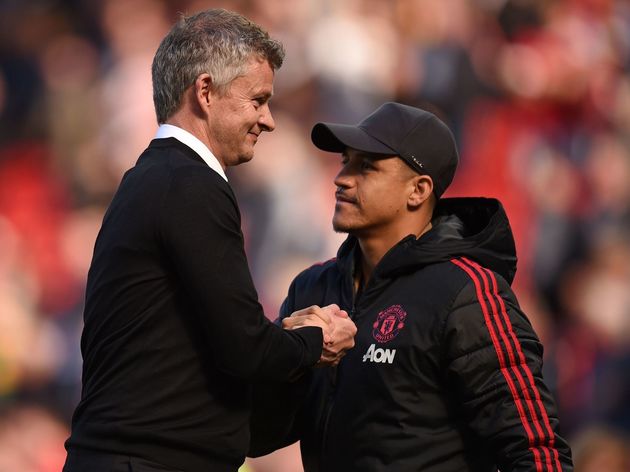 The criticism is for terrible planning. From the outside, it appears as though United were counting on Sanchez to stay when they decided against replacing Lukaku.

Ole Gunnar Solskjaer spoke twice earlier this month about Sanchez still being part of the club’s plans once fit. Whether the Norwegian ever truly wanted that is up for debate – after seeing other targets not delivered. But from a ‘making up the numbers’ perspective it seemed important.

Sanchez simply does not fit with the direction in which Solskjaer wants to take United. He is precisely the opposite of a hungry, young talent who can be developed in the club’s own way. Summer signing Daniel James and Greenwood do, but the pressure is now on them even more.

Sadly, any club relying on a 17-year-old to be one of its main attacking options is in trouble.

Winger Tahith Chong and attacking midfielder Angel Gomes, both still teenagers themselves, are also now one step closer to more regular first team action. The last time the club was banking on this many young players at once it was the summer of 1995.

United could still boost their attacking numbers. Free-agent Fernando Llorente has been mentioned as a target and can be signed even though the transfer deadline has passed. Then there is the possibility of landing former hero Zlatan Ibrahimovic in January, potentially as a short-term loan boost similar to fellow Sweden legend Henrik Larsson back in early 2007.

Ibrahimovic, in particular, was a key influence in the dressing room in 2016/17 and his leadership, perhaps not really appreciated at the time, has been sorely missed in the two years since.

Getting rid of Sanchez now, however unfavourably, is vital for United to take the next step. But don’t rule out things getting worse before they get better as the new squad slowly takes shape.