The agent of Manchester United target Milan Skriniar has confirmed that the Inter defender is in talks to sign a new contract at the San Siro.

Since joining Inter from Sampdoria in 2017, Skriniar has become one of the most sought-after defenders in Europe, having played every minute of the last Serie A campaign, as Inter returned to the Champions League for the first time since 2011/12.

Manchester United’s plans to sign Inter Milan defender Milan Skriniar have been dealt a blow as his agent says he’s in talks to stay at the San Siro.

His recent performance against ?Barcelona drew many plaudits and ?Inter, aware of interest from other clubs, have decided to fast-track the Slovakian’s contract negotiations, even though his current terms will not expire until 2022.

Inter lost for the first time in eight league matches on Sunday as they were humbled 4-1 by Atalanta, but they remain third in Serie A and Csonto says Skriniar is happy with how things are going. 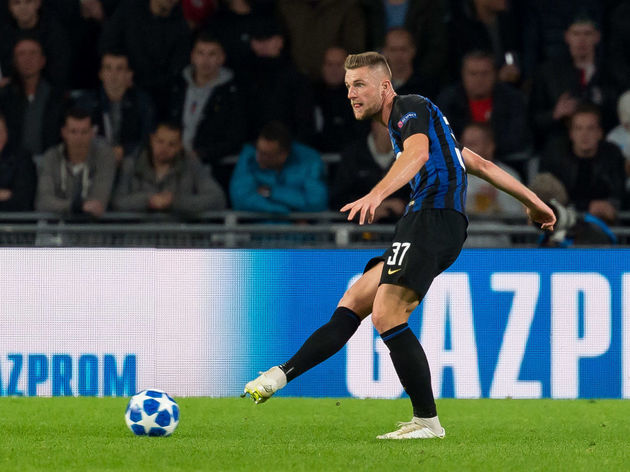 “He is happy with the Nerazzurri shirt, he is playing well, but he is aware there are some difficulties in Serie A,” he said.

“Inter had won seven games in a row prior to the loss against Atalanta. He is doing well. I’m happy.

“He is happy to be playing in the Champions League. Clearly, the goal is to grow with the team and improve day by day.” Skriniar confirmed back in August that he was aware of interest from ?Manchester United, but added that he had no interest in leaving Inter. United are known to be in pursuit of a new centre back, having failed to sign one in the summer, but it seems they will have to look elsewhere.