?AC Milan winger Suso has revealed that rivals Inter have attempted to sign him twice over the last two years, but insists he always remained loyal to the Rossoneri.

The 24-year-old has been a key player for Milan in recent years. In his 103 appearances for the club, he has racked up 17 goals and 32 assists, and his impressive form has earned him two international appearances for Spain. 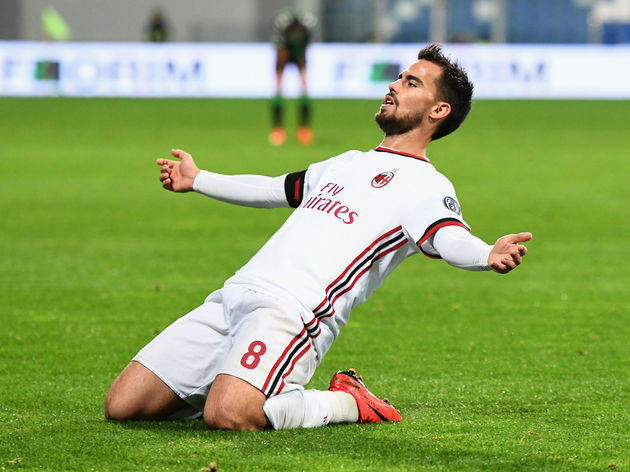 In an interview with Italian outlet Tuttosport, Suso admitted that ?Inter were keen to sign him last summer, as well as in 2017. He is quoted by ?Football Italia as saying:

“I’m happy to have stayed. I’ve grown with Gattuso. I was surprised when Mirabelli had said publicly that he didn’t know about the Nerazzurri’s offer.

“I’d talked to him about this, but my intention has always been to stay here. It’s nice to be linked with like big clubs like ?Barcelona or ?Manchester City, but ?Milan are also a great team. You never know, but I’ve always said that I’m happy here.

“Joining another Italian team? I don’t think so, but if Milan didn’t want me anymore then that would be a different matter.

“When I was a kid and saw Gattuso on TV, I was struck by his spirit as a player. He gives everything in his work and I also talk to him with pleasure off the field. ?Hazard “When I was little, I was crazy for Kaka. He was disruptive with his acceleration but had a clear head when choosing whether to pass or shoot.”

Suso, who spent five years with ?Liverpool between 2010 and 2015, has two goals and six assists from his opening seven ?Serie A matches, helping Milan to tenth in the league.